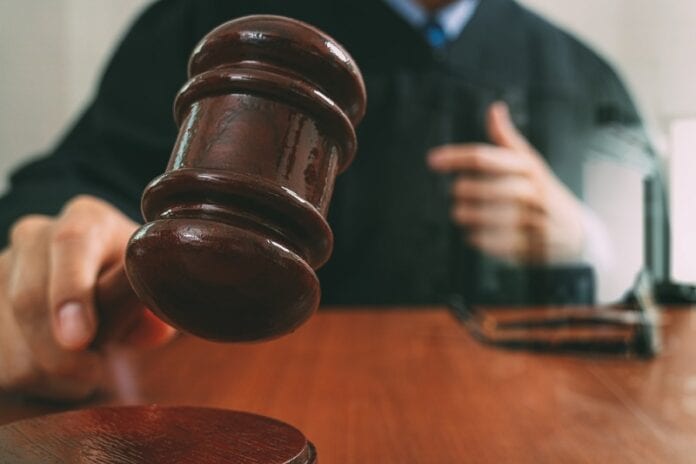 A judge wants to see a boy’s scar after a trip in a Subway restaurant before approving a €7,500 payout.

Evan Davis was three years old when he tripped over a ripple in a floor mat in a Subway restaurant in Carrickmines retail park on September 5, 2017.

Through his mother Sinéad Davis, The Cubes 8, Beacon South Quarter, Sandyford , Dublin, he sued the restaurant operators. They alleged the restaurant were negligent and the claims were dismissed in the Circuit Court.

After being dismissed, the case was brought to the High Court.

Subway were accused of being negligent as the boy tripped over a ripple in a floor mat as they were leaving the restaurant.

The family had been leaving the restaurant when the child’s father took a phone call and the boy started running after his sister who had just gone through the door ahead of him, his counsel Eileen McAuley told the High Court on Wednesday.

There was a rippling in the floor mat at the door and the child tripped on it and fell heavily hitting his mouth and chin area on a sharp beading at the base of the partly open door, the court heard.

Evan Davis was treated in hospital as he suffered a one centimetre laceration between his lower lip and chin.

Ms McAuley told Mr Justice Charles Meenan the case had been settled on the basis of a payment of €7,500, plus District Court costs and a side agreement that the plaintiff’s engineer’s costs will also be covered.

Ms McAuley said the offer was accepted because if it went to a hearing in the High Court then there would be a dispute between the engineers for each side.

The engineer for the Davis family obtained enhanced stills of the restaurant’s CCTV recording of the accident which he said showed the boy tripped on the mat, which they claimed was the case in the Circuit Court.

However, the defendant claimed, as they did in the Circuit Court that the child did not fall until he was off the mat,  he fell when he was faced with a closing door at the Subway restaurant.

Ms McAuley had valued the claim at €25,000. However, having looked at it and given that a minor scar has been left, there was a risk, due to the engineering evidence dispute, that the client would be left with nothing if the appeal went ahead as had occurred in the Circuit Court.

The Davis family said they were happy with the offer.

Before approving the settlement, Mr Justice Meenan said he wanted to see the scar before making his final decision. The boy and a parent are due to appear in court next week.

Over 400 Drivers Caught Speeding On The Roads Yesterday