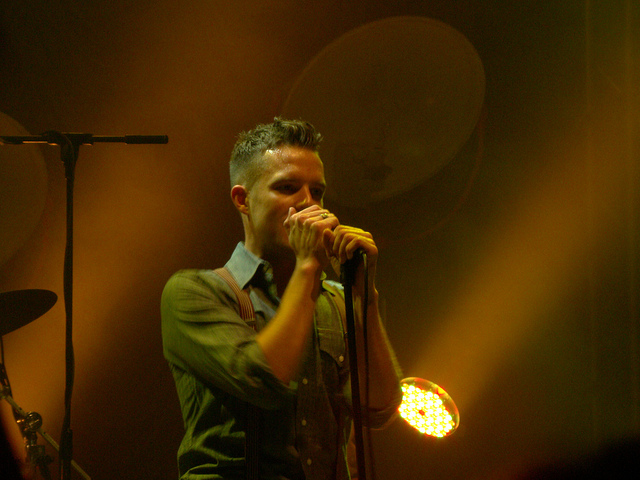 The teaser clip titled ‘KEYS’ was posted on YouTube featuring music apparently from his upcoming album.

The short preview shows a just a hand (reminiscent of ‘Thing’ from Addams Family) tapping on a table, while a keyboard tune plays.

Flowers is working with record producer Ariel Rechtshaid on his second solo record, due out this year. “He’s taking me out of my comfort zone,” Flowers said.

Speaking about the forthcoming record Brandon says he’s looking to expand his horizons, stating that the new record is “definitely going to be different”.

Watch the teaser clip below.

The frontman has kept busy putting out new material since the Killer’s first record Hot Fuss. In an interview with NME, the Killers singer confirmed rumours he was working on new material, “The record’s not done yet, but I’m excited about it… I’m liking it.”

“It’s nice to steer the ship and that’s what you’d think I’d do on my own album, but I’m letting Ariel take over every now and then. That’s led to some really exciting things and sounds I would never have used. As I’ve gotten older I’m much more open to that – I’m much more open to peoples’ strengths and really trying to utilise them – and that’s where Ariel comes into the picture.”

“He’s really knowledgeable about every genre; it’s pretty incredible what he’s able to reference and pull out. It’s definitely going to be different, but I’m still in the thick of it, hammering away.”