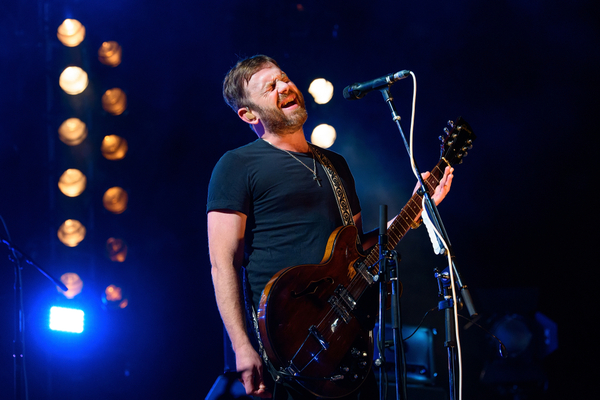 Kings Of Leon have cancelled their remaining tour dates for the US, following the death of band members Jared, Nathan and Caleb Followill’s mother Betty Ann Murphy.

New of Betty Ann Murphy’s passing was confirmed by brother Jared and Nathan last week (September 25). The band had already announced that they would be cancelling a series of live shows to spend some time with her following a “medical crisis”.

The band had been on tour in support of their latest album “When You See Yourself”, released earlier this year. But now, Kings of Leon which also includes cousin Mathew Followill, have confirmed that all remaining US shows are cancelled, following this sad news.

“overwhelmed by the outpouring of love”

Taking to Instagram, the band thanked their fans for all the kind messages they received in the wake of Betty Ann Murphy’s passing.

“We have been overwhelmed by the outpouring of love and support from our fans”, they wrote. “If you haven’t heard, our mom Betty Ann passed away peacefully last week”.

“We’ve decided to cancel all remaining tour dates through October to be with our families”, they added. “Thanks for the kind words and all the love you’ve given to the entire Followill family”.

The dates which are affected include:

Kings Of Leon had announced a set of shows for Dublin and Belfast’s Arenas set for 2022. The band will hit Dublin’s 3Arena on Friday 24 June 2022, before hitting the stage of Belfast’s SSE Arena on Sunday 26 June 2022.

Last month, Kings Of Leon also announced that they were to become the first band to send an NFT into space. KOL confirmed that they were to join forces the Elon Musk-founded SpaceX who were to send the all civilian Inspiration4 crew to space. More on this report from Nova here.

Check Out Coldplay As They Perform “Higher Power” On American Idol