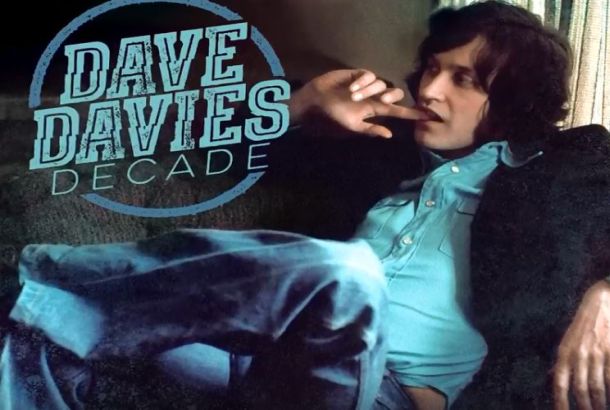 The Kinks’ Dave Davies looks back on childlike memories on his previously unreleased song “Cradle to the Grave.” The track acts as a preview for his new archival album Decade, out October 12th. The song is available below…

2011’s Hidden Treasures album explored the songsmith’s solo material from the 1960s. A kind of sequel to that album, Decade, amasses 13 unreleased songs that span 1971 to 1979. Davies worked on these cuts years prior to his first solo LP, 1980’s AFL1-3603, but they remained “under beds, in attics, in storage” until his children discovered them. The songs have now been re-mixed and mastered for Decade, which is available to pre-order.

Davies sings over a blend of folky acoustic guitars and distorted leads, “Remember the time when you fell in the lake? / I dragged you out; how funny it seems to think on it now,” “God bless my folks for their birthday card / It’s magic to live around cheerful faces; it warms my heart.”

Davies expressed his happiness that this canon of work would see the light of day, “I am so pleased that after all this time these tracks are being released to see the light of day. These songs have been silently nagging at me to be recognized all these years. At last I can proudly present this album Decade to the world. I do hope you all enjoy the music.”

Davies intends to tour in early 2019, though he’s yet to announce specific dates.