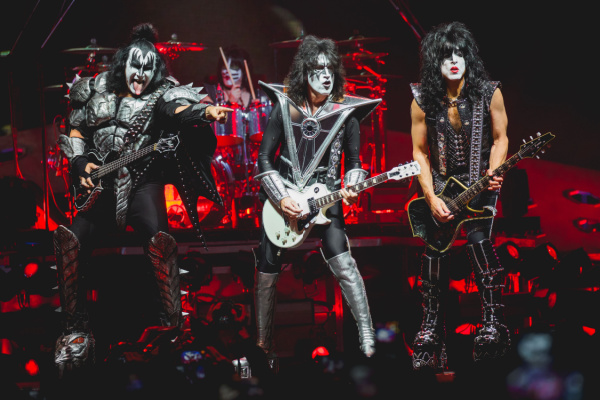 KISS have announced the dates for their last set of UK shows. You can check them out below.

The band first announced that they would be embarking on their last ever tour back in 2018.

Co founder Gene Simmons had revealed that KISS would be retiring out of “respect” and “love” for their fans.

“The reason for stopping touring is because of pride and self-respect and a love and admiration for the fans”, Gene Simmons once said.

“The last thing you wanna be is to be a world-champion boxer and stay in the ring too long. It’s only a matter of time until your legs are not gonna be able to hold you up, and you’re gonna lose”.

KISS announced that they would take their tour to 100 more cities before retiring.

Releasing the tour dates, the final ever KISS UK shows will take place across June and July 2023, which will begin in Plymouth.

On their farewell gigs, KISS paid homage to their fans.

“All that we have built and all that we have conquered over the past four decades could never have happened without the millions of people worldwide who’ve filled clubs, arenas and stadiums over those years”, they said.

“This will be the ultimate celebration for those who’ve seen us and a last chance for those who haven’t. KISS Army, we’re saying goodbye on our final tour with our biggest show yet and we’ll go out the same way we came in… Unapologetic and Unstoppable”.

After going on pre sale tomorrow (December 13), the tickets for these shows will go on general sale Friday (December 16) from 10am here.

Ozzy’s Biggest Regret: “I regret cheating on my wife. I don’t...