Home News Kleenex To Ban ‘Mansize’ After Complaints Of Sexism 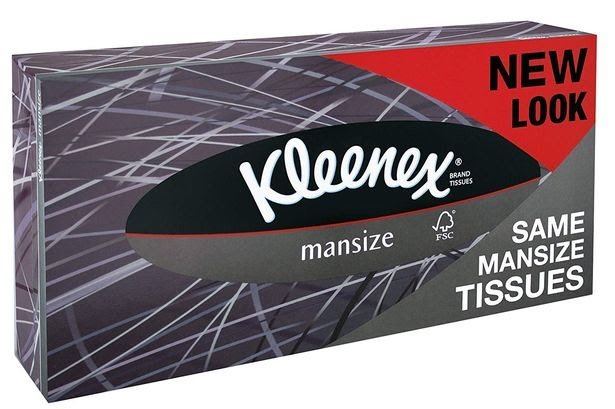 Kleenex is to get rid of ‘mansize’ from its tissue boxes after the company received complaints of sexism.

The tissue manufacturer’s changing the name of the tissue to ‘Kleenex Extra Large’. The product was launched way back in 1956 as the Kleenex for Men. The company advertised the tissues with the promise they would “stay strong when wet”.

WalesOnline reports customers tweeted Kleenex to ask them why they still use the expression “Mansize”, saying “the world is changing” and that “it is 2018”.

Hi @Kleenex_UK. My 4yo son asked me what was written here. Then he asked, why are they called mansize? Can girls, boys & mummies use them? I said: I don’t know & yes of course. He suggests you should call them “very large tissues”. It is 2018 pic.twitter.com/SeOg32RsDV

The change received a lot of social media attention.

Kleenex Mansize tissues are to be renamed paper snowflakes after complaints from campaigners. They won’t cover your nose properly but your snot will look rather pretty, pleasing the easily offended. pic.twitter.com/zLNSVSRr4a

A spokesman for parent company Kimberly-Clark said in a statement to the Daily Telegraph, that the firm is registering “a consistent increase of complaints on gender concern”.

“Kimberly-Clark in no way suggests that being both soft and strong is an exclusively masculine trait, nor do we believe that the Mansize branding suggests or endorses gender inequality,” he added.