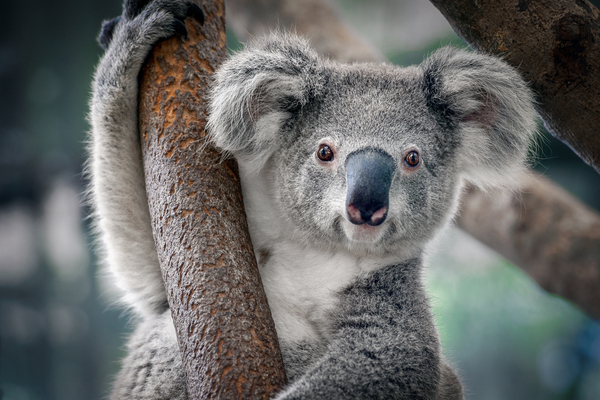 A koala caused a multi-vehicle crash when it attempted to cross a busy Adelaide highway on Monday morning. The South Eastern Freeway was brought to a halt around 7am, when the koala wandered onto the middle of the six-lane road.

According to reports, a male driver stopped his car on the busy highway to avoid hitting the koala. He was the first to get out of his car to try and save the marsupial. A following driver crashed into his car from behind, causing a chain reaction with other vehicles.

SA police confirmed the multi-car crash occurred on Adelaide’s South Eastern Freeway on Monday morning. Although there was heavy traffic, they said the crash caused some injuries, but no ambulance was required. The koala was also unharmed.

Another driver, Nadia Tugwell, saw the koala moving between vehicles on the freeway, with a lady running after it in an attempt to catch it with a blanket. With the use of her coat, Nadia helped the lady to safely capture the marsupial and put it in the back of her car.

Tugwell arranged for Adelaide Koala Rescue to meet her at a nearby gas station, where she could hand over the furry friend. In the hour wait for the rescuer to arrive, Nadia said the koala made itself at home in her car, and even got behind the steering wheel.

“I was sitting there entertaining myself, but I had to jump out of the car at that stage when he decided to take over,” she said.

When the rescuer did arrive, the playful koala jumped around and between the seats before moving into the back, where it was captured. Nadia told reporters that it was “actually quite a calm koala” and willingly jumped into the rescuer’s basket.

The volunteer released the uninjured koala back into the wild, about a kilometre from the freeway. Ann Bigham, an Adelaide Koala Rescuer volunteer, told reporters that the koala had come out of the situation “scot-free”. She said the koala was in “really good condition”. “It was lucky it hadn’t been hit at all and thanks to the rescuers, it was kept safe”.

Last year, a man in Australia returned to his car to find a koala bear cooling off in the back seat. Tom Whitrow, a winemaker from the region, left his car door open with the air conditioning running to keep his dog cool while visiting a local winery. As he was moving from one part of the vineyard to another, he noticed someone else in the car.