A brand-new Krispy Kreme store has opened in Dublin today.

Based in the heart of the city, the new stand-alone Hotlight store will act as the capital’s flagship outlet with full-glass frontage!

Located in the new Central Plaza building, this is Krispy Kreme’s first venture into the city centre, situated at the pedestrian walkway linking Dame Street to Temple Bar.

Lots of surprises were lined up earlier as the new store threw open its doors at 7am today including being opened officially by Jedward! 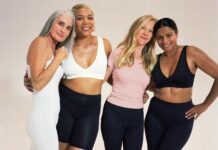 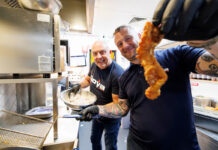 All Together Now Brings Back Wellness Area