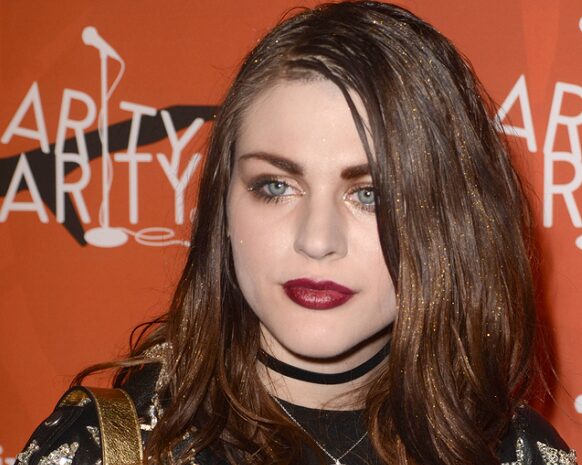 After a video of Frances Bean Cobain performing her first ever original vocal surfaced on Instagram last week, the artist and model has now elaborated on her music plans.

The daughter of Kurt Cobain and Courtney Love shared a clip of an untitled vocal melody last week. That was to mark the anniversary of her father’s death. The clip had been deleted from Instagram but has now since resurfaced on You Tube and is available with lyrics below.

In an interview with E! last Sunday, April 8th, Frances made it clear that she regards herself a visual artist as well as a musician. She also stated that her recently shared vocal was definitely not an ‘official release’. She did say that she wants to release something ‘palpable’ soon.

‘With regards to music, I don’t want to pigeon hole myself and say I am a musician or a visual artist because I feel like it’s all encompassing and I feel like every bit of my art is related to the other.’

Frances Bean recently announced that she was two years sober and has cited her increased creativity because she no longer owns a TV! ‘I’m forced to occupy my time with things that feed my brain and soul instead of wasting energy on thinking about not having to think.’