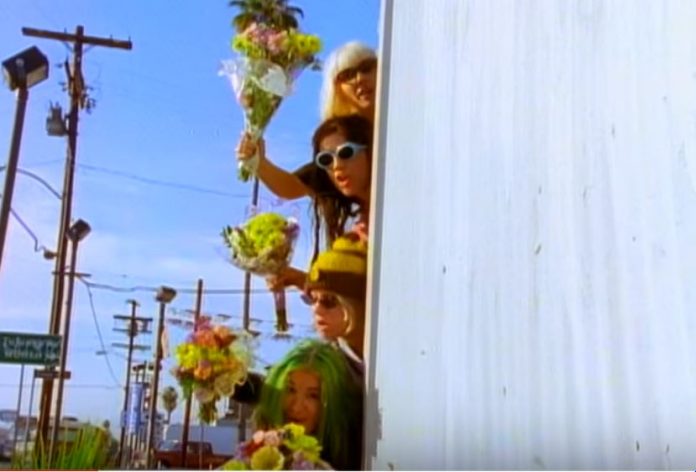 Grunge rockers L7 have  announced a new record. Scheduled for later this year they’re launching a PledgeMusic campaign to help fund it. L7 were an influential force that helped inspire the 90’s Riot Grrrl movement. They are best known for their rock hit, ‘Pretend That We’re Dead’.

In a statement the band expressed their joy at playing music together again, ‘We’ve had such a blast hanging out, writing, and recording with each other again that we decided to keep the ball rolling,’  “More song ideas have been flowing out of us every time we get together and play, so we’ve decided to make a full length album which we will record this year.’

It’ll be the band’s first album since 1999’s Slap-Happy. The new album is expected for release in February of next year, which will mean it’ll be released almost 20 years after their last album.

In 2015, the rockers reformed to coincide with a documentary, L7: Pretend We’re Dead. The rockumentary was about the Los Angeles band’s career. For the last few years they’ve been playing live and releasing a handful of songs, including last Autumn’s ‘Dispatch From Mar-a-Lago’ and last February’s ‘I Came Back To Bitch.’