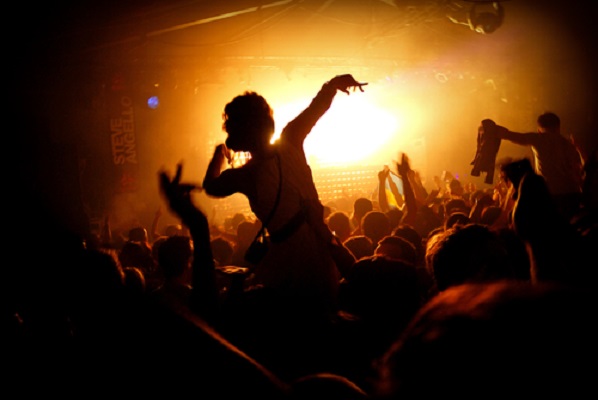 A large crowd of people have been defying coronavirus laws by attending a massive rave at a warehouse in London.

Footage posted on social media shows a huge crowd of maskless people ignoring social distancing rules as they dance together.

A DJ can be seen performing at the event, which is thought to have taken place in Barking, East London.

The Rave Vault have the video on Instagram and Twitter and wrote: “London at it again last night. Beats provided by some big hitters.”

Metro reports, one user commented on the video to describe the party-goers as “irresponsible,” amid fears of rising Covid-19 rates.

At the time of writing, London is currently under tier two restrictions. This means that households are currently unable to mix in any indoor environment.

£10,000 fines can be issued to party organisers responsible for hosting more than 30 people, under rules issued in August.

People face fines of £100 for attending gatherings and not wearing face coverings. These double up to £3200 on each offence.

These come after police report hundreds of illegal gatherings, since the restrictions first came into place.

Home Secretary Priti Patel thinks the crowds do not show enough compassion for others.

“These gatherings are dangerous and those who organise them show a blatant disregard for the safety of others,” she said.

“We will continue to crack down on the small minority who think they are above the law.”

Back in June, thousands of people attended two illegal raves in Greater Manchester. During these raves, a 20-year-old man died from a suspected overdose, a woman was raped and three people were stabbed.

More events followed, with an illegal event of more than 3000 people taking place in Bath in July. Other gatherings in Birmingham, Leeds and London came throughout the summer months.

Distressed Individual Detained After Attempting To Set Himself Alight In Garda...