Advertisement
Home News A Large Fire Has Broken Out In Finglas 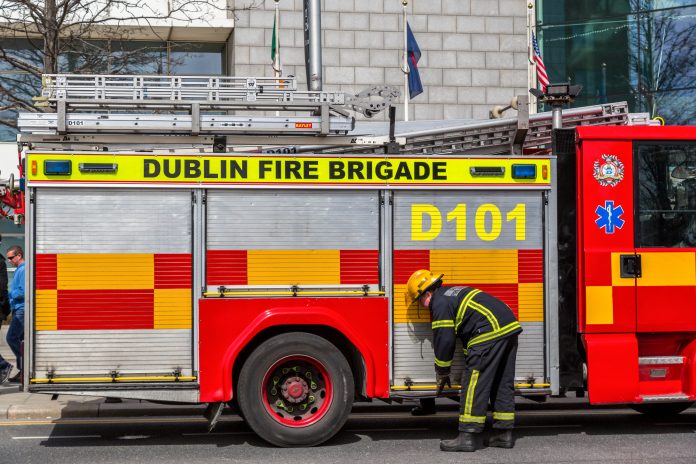 A large fire has broken out in Finglas in Dublin. Firefighters from three stations are helping to fight the blaze

The blaze began in Ballygall just before two this afternoon. Dublin Fire Brigade says the fire has spread to the roof area of the buildings it’s trying to save.

Units from F/glass, P/boro & HQ are dealing with a large fire in Finglas. BA teams are working to bring the fire under control

According to Dublin Live: Fire trucks with specialist turntable ladders have been deployed to the spreading blaze. They are currently above the building pouring water down on the roof.

It’s understood there are no injuries reported at this early stage.