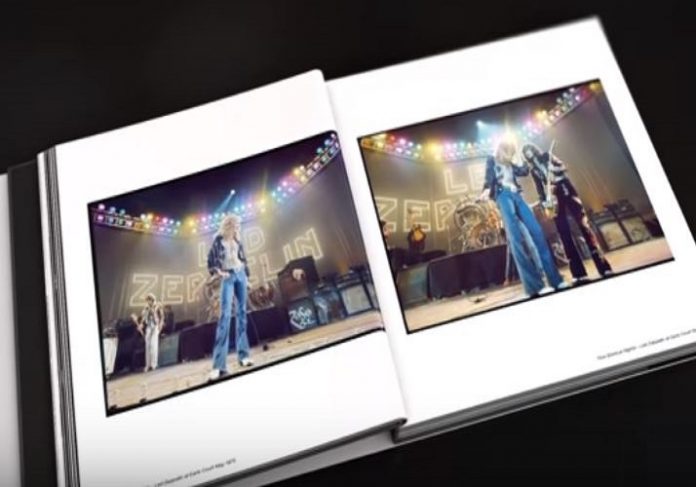 The book was originally released in 2015. ‘Five Glorious Nights…’ charts the series of legendary 1975 rock concerts through a substantial collection of both colour and black and white photographs.

This special, limited edition release of the book is available in a run of only 50 copies, celebrating the band’s gold anniversary. Each book is autographed by Lewis and lead photographers Barry Plummer and Dick Barnatt and numbered 1 to 50.

The book also comes with a folder that features a 3D lenticular cover housing four prints selected by Plummer and Barnatt. The whole package comes in a gold metal slipcase with laser cut logo and a unique Five Nights t-shirt (in various sizes).

The photos come complimented by rare memorabilia and a written commentary that provides context to the rare five night stand by the UK rockers.

Classic 1967 Album The Who Sell Out To Be Rereleased In...