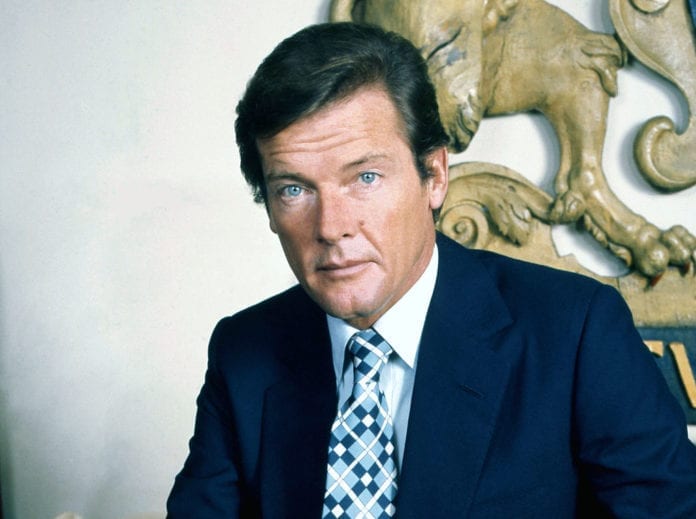 His family tweeted out an official statement from Moore’s Twitter account. They stated that he passed aware after a “short but brave” battle with cancer.

‘With the heaviest of hearts, we must share the awful news that our father, Sir Roger Moore, passed away today. We are all devastated,’ his family tweeted on his official account.

In a statement, they added: ‘It was with a heavy heart that we announce our loving father Sir Roger Moore has passed away in Switzerland after a short but brave battle with a cancer. The love with which he was surrounded in his final days was so great it cannot be quantified in words alone.

With the heaviest of hearts, we must share the awful news that our father, Sir Roger Moore, passed away today. We are all devastated. pic.twitter.com/6dhiA6dnVg

However, Moore was always known for his modesty and self-deprecation. He often claimed his success came from luck and ‘a minuscule bit of talent’.

When Promoting his second memoir, One Lucky Bastard he spoke to FOX411 stating that he was simply in the right place.

“When I started 70 odd years ago I was told that to be a success you’ve got to have talent, personality and luck.

‘I’ve had 99.9 percent luck and the other minuscule percentage would be having had the luck to have a little bit of talent, being able to stand upright and that’s it. It’s all luck.

‘It’s no good being the best actor in the world if nobody sees you because you didn’t happen to be there at the right day when a part was being cast”.
In recent years, Moore had been concentrating on his work with UNICEF. According to the family’s statement he considered this to be his greatest achievement in life.

“We know our own love and admiration will be magnified many times overs, across the world, by people who knew him from his films, his television shows and his passionate work for UNICEF which he considered his greatest achievement”.

In the Statement the family also revealed that there would a private funeral in Monaco, which is where he had been living with his fourth wife Kristina Tholstrup.

“Thank you Pops for being you, and for being so very special to so many people. Our thoughts must know turn to supporting Kristina at this difficult time, and in an accordance with our father’s wishes there will be a private funeral in Monaco.”

Two Gardaí Injured In Shooting During Siege In Blanchardstown