Home Music Lenny Kravitz Reveals He Was Set To Record An Album With Aretha... 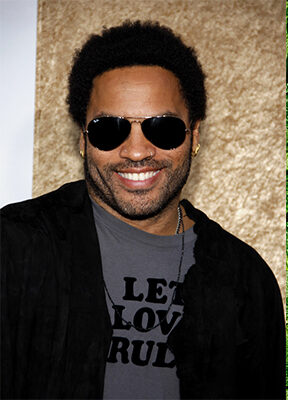 Rock icon, Lenny Kravitz has opened up about plans he was making to record with Aretha Franklin before she sadly passed away. The legendary rock singer admitted he and the Queen of Soul had talked about going into the studio together but never got an opportunity before she died of cancer last month.

Kravitz, who was playing live yesterday at BBC Radio 2’s Live in London’s Hyde Park told reporters, “I got to know her because we worked together several years ago. We sang together and we exchanged numbers and we became friendly and I used to see her here and there. She was very sweet with me and we got on really well.”

Kravitz explained how fortunate he was to meet Franklin after listening to her music as a youth, “I was just blessed to not only grow up on her music but to get to know her as a person and to be able to speak with her and sing with her. For her to even know who I was and call me up … If I told the seven-year-old version of me that story that one day I would be singing with Aretha Franklin…”

Kravitz also said that he was sure they were going to work on music together, “Even though we played live, I really wanted to go in the studio with her and I thought that it would happen. We talked about it but unfortunately, it’s not possible now. We were both into it but you never think about people dying. None of us knows when we’re going. But that is something I would have really been into.”

When questioned about the type of music he had hoped they would make together, Kravitz said: “Something very old-school soul, that gospel feel.”

The Results Are In! THIS Is The Best Stereophonics Tune…