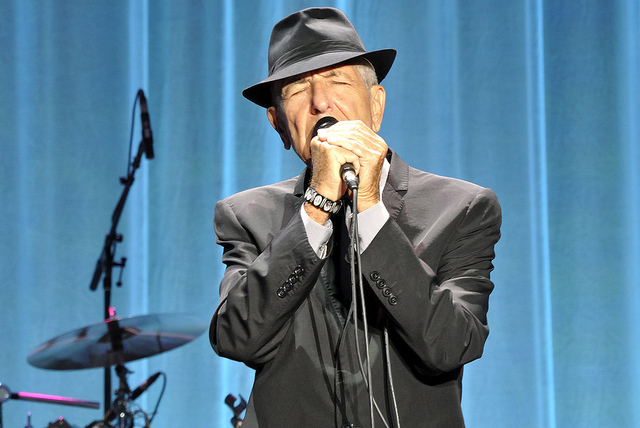 Leonard Cohen may have twelve studio albums under his belt, but still has a fear of impending writers block.

The Canadian singer-songwriter turns 80 years old next week and is due to release his thirteenth record Popular Problems.

Even after 80 years, Leonard still has yet to discover the mystery of songwriting. “If I knew where the good songs came from, I’d go there more often.”

Speaking at a Q&A in Los Angeles, Cohen said: “Being a songwriter is like being a nun: You’re married to a mystery. It’s not a particularly generous mystery, but other people have that experience with matrimony anyway.”

Popular Problems features nine new songs, it will be the singer’s first LP since Old Ideas, released two years ago.

The singer’s dedication to his craft is hard to question. Discussing the track ‘Born in Chains,’ “That’s been kicking around for 40 years. I’ve rewritten the lyric many times to accommodate the changes in my theological position, which is very insecure.”

“A lot of young writers ask me for advice – mistakenly, because my methods are obscure and not to be replicated. The only thing I can say is, a song will yield if you stick with it long enough. But long enough is way beyond any reasonable duration. Sometimes a song has to hang around for a decade or two before it finds its expression.”

Listen to the first single from the album ‘Almost Like The Blues’ below.

As for the question, how long does it take to write a song? “Some of them came together with shockingly alarming speed. Usually, I take a long, long time – partly because of an addiction to perfection, partly just sheer laziness.”

And Cohen fans will be excited to hear that he has “half of another record finished.”

His new album Popular Problems is due out September 23rd.

How Brandon Flowers Met Bernard Summer – Not The Most