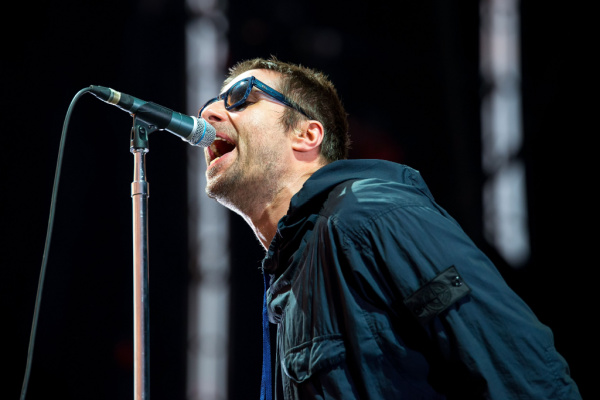 Liam Gallagher has hit back at critics who have questioned him for singing tracks from Oasis.

Gallagher was the frontman for the band until they split up in 2009, following a bust up between him and his estranged brother and bandmate Noel Gallagher.

Liam often tends to include a few Oasis tracks in his solo back catalogue when singing on stage.

The singer took to Twitter to call out anyone who “got a problem” with him singing Oasis tracks live on stage, in true Liam Gallagher fashion.

“Anyone who got a problem with me singing oasis tunes ain’t real oasis fans there just massive C****”, Gallagher wrote.

He added in another tweet, “Oasis till I die”.

Oasis till I die

Liam Gallagher’s recent gigs at the inconic Knebworth venue have been converted into a documentary film. The film was released to cinemas in the UK last week for a short time.

Earlier this month, Liam Gallagher also took to Twitter to respond to claims made by singer Robbie Williams that Oasis were “bullies”.

“I was there and I was part of it, and it was f****** unbelievable: incredible hedonism, reckless abandon and rock’n’roll, and ‘let’s turn it to 11, 12 and let’s see where this goes’. It’s part of that competitive nature of me, too”, Williams claimed.

Williams subsequently alleged that the Gallagher brothers were “bullies”.

He later stated that Liam Gallagher “looks as though he’s changed”.

Liam Gallagher responded by apologising if he “ever hurt anyone’s feelings”.

“I agree with him on the vital ting not on the bully thing,” he tweeted. “I’ve never bullied anyone in my life I’m a massive piss taker for sure and probably gone a little too far sometimes, but if I’ve ever hurt anyone’s feelings I apologise”, he wrote. More on this here.