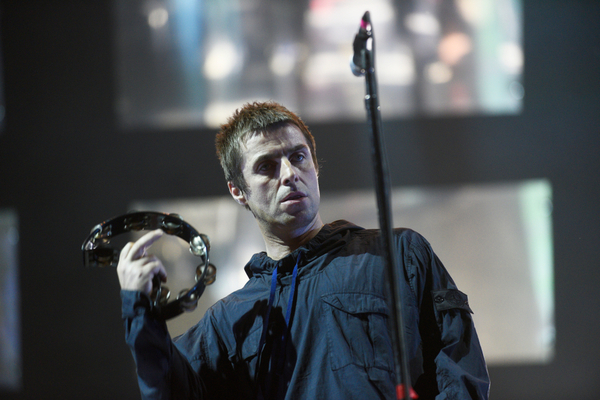 Ed Sheeran and Liam Gallagher, among others will perform at the Brit Awards for 2022.

It is to take place on Tuesday, February 8, at London’s O2 Arena. The show will also see comedian Mo Gilligan replace Jack Whitehall as host.

ready for some performers? 🔥 here's who will be taking to The BRITs stage:@Santandave1@DojaCat@edsheeran@HolHumberstone@liamgallagher@LittleSimz

+ more to be announced

Gallagher Urges Public To Get “tuned in”

It was confirmed on Friday (January 21), that Liam Gallagher, Ed Sheeran and Dave will also perform at the event.

Gallagher also took to Twitter to announce that he will perform his new single “Everything’s Electric”.

“Im gonna be preforming my new single Everything’s Electric at the Brit awards this year and I’d appreciate it if you stopped what you were doing and tuned in cheers”, Gallagher tweeted.

Meanwhile, Ed Sheeran has been nominated for Mastcard Album of the Year, Artist of the Year, Best Pop/R&B Act. While his single “Bad Habits” has also earned him a nomination for Song Of The Year.

Liam Gallagher on the other end had already confirmed that his latest single “Everything’s Electric” is on the way.

Before that, Gallagher had previously added, “Big announcement tmoz and I mean BIG bigger than my nose bigger than rkids rite said Fred f*****g massive so stay tuned LG x”.

Earlier this month, Ed Sheeran had spoken about his plans to tour in an electric campervan.

“I’m talking to VW about an electric campervan”, Sheeran told Willie Geist’s Sunday Sitdown.  “I want to travel to every show as electric as possible. The baby is coming with me on tour”.

He also added, “It was really a slog at the beginning of my career. You would play five shows in a row and have one day off”, he continued. “But the luxury of playing these large venues is no one goes mid-week so they have to be at weekends”.

“So it’s Friday, Saturday, Sunday every week. We’re going to take time in each city”. More on this report from Nova here.