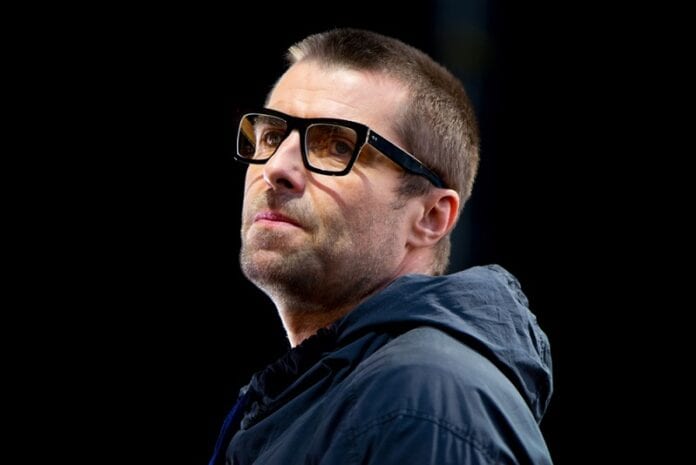 Liam Gallagher has once again said that an Oasis reunion will happen.

The former Oasis man was celebrating Manchester City’s recent win on Twitter and was asked about a reunion from a fan, Liam replied “it’s gonna happen” (sic)

He then answered another fan’s query about an Oasis reunion. One fan told him that bookmakers Ladbrokes have 10/1 odds of an Oasis reunion happening and Liam Gallagher replied in a typical manner by saying:

“Bring it on like ive (sic) said a million times bfore im (sic) ready to go id piss n oasis gig standing on my head the little fella knows it as well that’s why he’s scared to share the stage with me as id OWN it”.

Liam Gallagher has been very vocal about wanting an Oasis reunion. He urged his brother Noel to join him in performing a concert for the NHS workers for their efforts during the pandemic.

Noel never replied publicly and Primal Scream were announced as the first support act for the concert which is due to take place in May.

It was reported that the brothers have been offered around 100 million pounds to reunite. On the Jonathan Ross show, Liam said:

“It was £100 million to do a tour… and I’m thinking…I’ll have a bit of that. He’s not into it is he? He’s after a knighthood isn’t he?” For more information you can check out Radio Nova’s report here.

While his brother Noel has been making media appearances recently, he has not commented on any potential reunion with Liam.

However, Noel did reveal that his mother has never said she likes his music. You can read all about it here.

The two brothers have been at odds since the band broke up in 2009. Since then, there has been constant rumours that the band will reunite. Organisers of both Slane and Glastonbury have expressed their desire in wanting to book the band for a reunion.

Denis Demond, head of MCD has told extra.ie before “We promote Liam, and we promote Noel. Liam has always said someday they will (reform). They’ve played Slane with R.E.M, there’s always an offer on the table, and they know it. It goes up every week. And they know that as well.”

When Liam split from his band Beady Eye, Glastonbury founder Michael Eavis said “Wouldn’t it be marvelous for them to relaunch at Glastonbury now Liam has split from Beady Eye?” Noel has often said that their Glastonbury gig was one of the worst they’ve ever done. Perhaps he feels there’s unfinished business?”

Recently, Oasis and Blur competed for the top spot in therock.ie’s top 10 Britpop acts of the 90s. Click here to see who came out on top.

It Turns Out That The Smiths Are NOT Getting Back Together…

Nick Oliveri To Re-join Queens Of The Stone Age