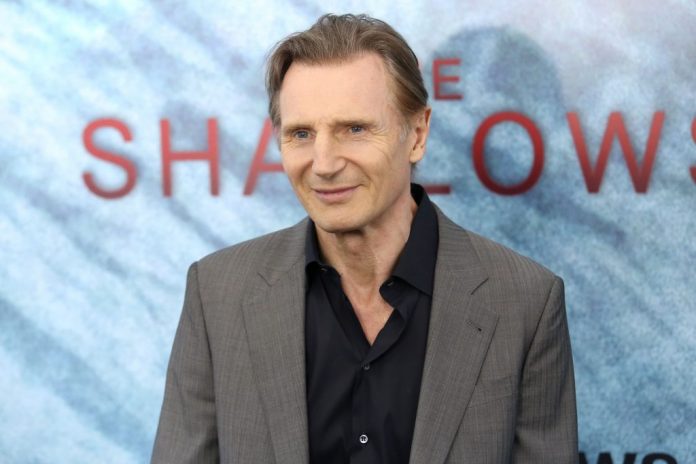 Liam Neeson appeared on last Friday night’s Late Late Show, along with previous White House secretary, Sean Spicer. It was supposedly the most anticipated Late Late Show in history, with many of us expecting Spicer to be the controversial guest.

But it seems Liam Neeson’s comments on the Hollywood harassment allegations got more attention than Spicer’s interview.

Speaking to Tubridy, the Taken actor spoke about the allegations of inappropriate behaviour: “There is a bit of a witch-hunt happening.”

“There’s some people, famous people, who have been suddenly accused of touching some girl’s knee, or something, and suddenly they’re being dropped from their programme, or something.”

He also said that he was ‘on the fence’ regarding some of the allegations surrounding Dustin Hoffman in particular.

“When you’re doing a play and you’re with your family – other actors, technicians – you do silly things… and it becomes kind of superstitious, if you don’t do it every night you think it’s going to jinx the show,” he said.

“I’m not saying I’ve done similar things to what [Hoffman] apparently did… but it’s childhood stuff.”

“I was reading recently about [Keillor], and he was listening to a sad story from a female friend of his. And at the end of the story, he put his hand to her back to [console her] – and she had a blouse on, so it was her bare back. He immediately removed his hand and apologised, and she said, ‘don’t worry about it, forget about it’.

They then went their separate ways. Later, he emailed her because he was concerned – apparently he has a thing about touching and physical intimacy – and again she said, ‘Don’t worry about it, forget about it’. Months later, the radio station gets a call from a lawyer saying that [Keillor] inappropriately touched this lady. And he was dropped like that.”

Neeson did say that he thinks the emergence of movements such as #TimesUp and #MeToo are a ‘healthy’ development in the entertainment industry: “There is a movement happening… it’s healthy, and it’s across every industry – the focus seems to be on Hollywood at the minute.”
“I’m a proud UNICEF Goodwill Ambassador, and I get sent facts and figures and stuff. If you’ve read the stuff I’ve read about how female labourers are being treated on farms and ranches, it’s chilling.”
While Neeson didn’t condone inappropriate behaviour, the public seemed to be shocked at his comments, as they weren’t expected from the actor, and it is rare to hear such a well-known Hollywood actor giving their honest opinion on the issue.
Don’t forget you can keep up-to-date on all things Nova over on our Instagram page – follow us for all the craziness of radio life coupled with news, sports and LOTS of cool competitions! Click here…