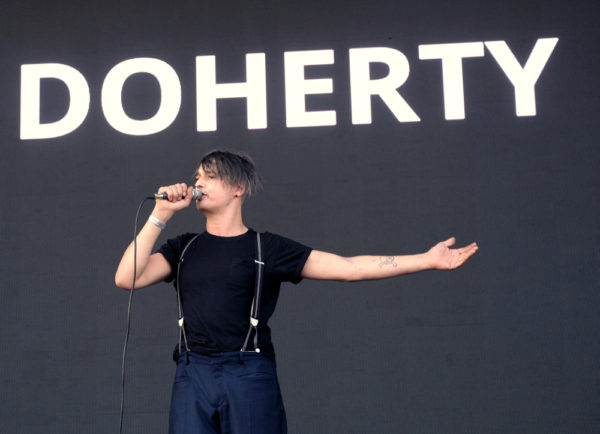 Libertines singer/guitarist, Pete Doherty, has beaten what only a handful of people have managed to conquer. That’s a long-running mega breakfast challenge set up at a café in the UK town of Kent.

Anyone who finishes the truckload of food in under 20 minutes has the meal free of charge. According to the owner of the cafe Mark Ezekiel, just “five to six” people have pulled off the feat.

Ezekiel said he and his staff were quite astonished that Doherty had become one of the few to beat it. “He might be slim but he is very tall,” the café owner said. “He’s 6ft 3. We get so many people who think they are going to eat it, we thought it was just going to be another case of that. He wolfed two-thirds of it down in six or seven minutes. Usually, we get people who eat quite a lot of it at first but then they hit the wall and they can’t go on anymore.”

The Libertines are currently in the process of setting up a hotel and recording studio in Margate called the Albion Rooms. Recently the band announced that they had become season sponsors for local football team Margate F.C.