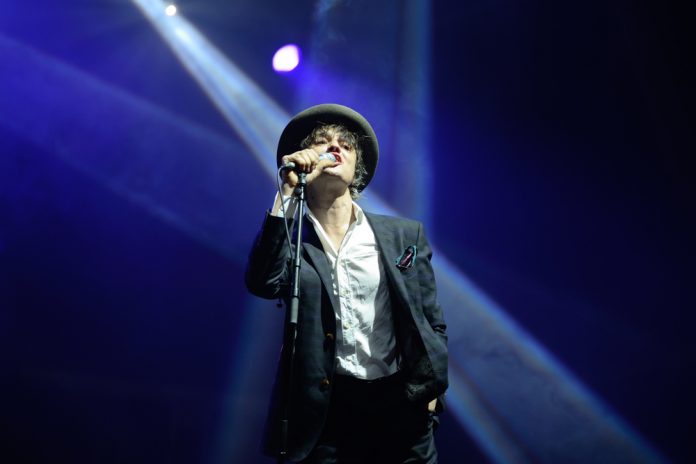 Pete Doherty ended up in hospital when a wound he received from a hedgehog became infected. The Libertines singer was trying to rescue the animal when it happened.

According to SPIN, Doherty had taken his two husky dogs out for a walk when one of the animals got hold of a hedgehog. In his attempt to retrieve the poor creature from the jaws of the dog, one of the hog spines pierced through Pete’s skin, and injured his hand.

As a result, Doherty, co-vocalist with The Libertines had to pull out from an appearance on Nihal Arthanayake’s show to promote his new album Peter Doherty And The Puta Madres.

Arthanayake announced the news on his BBC Radio 5 Live show saying, “Pete Doherty is now in hospital having the infected hedgehog spine removed from his finger. We wish Pete well because whatever has happened is serious enough that he has not been able to make it.”

Doherty shared photos of himself lying in hospital with a bandage over his hand on Twitter “A picture me in a hospital bed with an infected hedgehog spike wound,” he wrote.

A picture me in a hospital bed with an infected hedgehog spike wound thank you to the wonderful men and women who work within the NHS . What absolute angels and a million times they deserve our respect and thanks. pic.twitter.com/llLv9N4Mwl

He went on to thank all the wonderful men and women who work within the NHS, describing them as angels and how deserving they are of our gratitude and respect.

Baby On The Downward Spiral