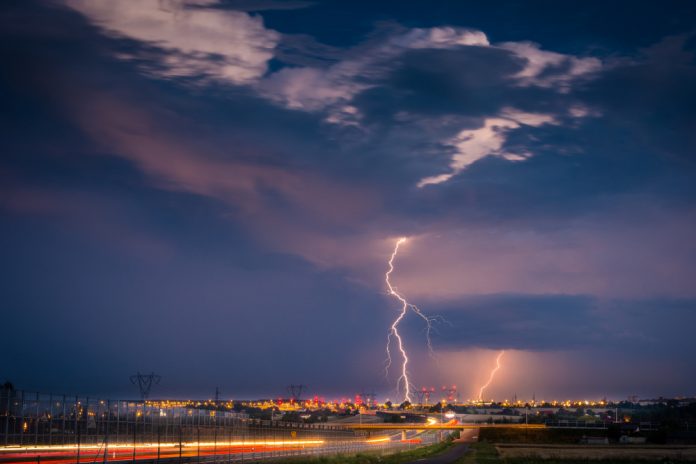 Lightning strikes have resulted in thousands of homes and businesses in the south-east without power today.

Met Éireann has issued a status yellow warning for thunder for Waterford, Leinster and Monaghan.

The warning remain in place until 3am tomorrow morning.  The ESB revealed it will take two to three hours to restore power supplies.

Alan O’Reilly from the Carlow Weather Channel says the storms are localised, but quite powerful.

“The weather warning came into effect at 11 am and it was issued just shortly after that,” he said.

“It is covering Leinster, Monaghan and Waterford with severe thunderstorms already in parts of the south-east which are moving north to northwest with a lot of lightning and some torrential downpours in parts of Waterford, south Kilkenny, Wexford and Carlow.”

Met Éireann confirmed localised thunderstorms are expected to continue for the rest of today and into tonight.