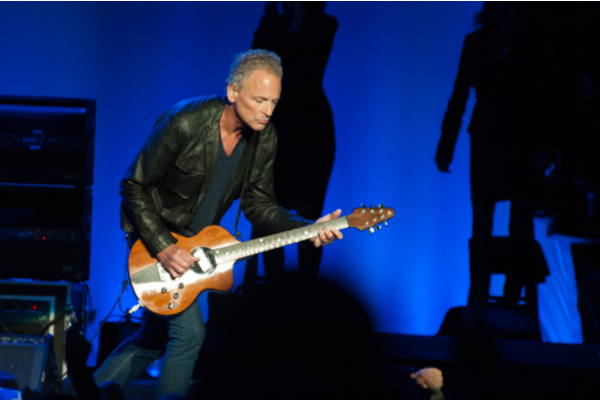 Lindsey Buckingham has announced his first ever set of European Tour dates for 2022.

Starting in Dublin (Helix May 17), the former Fleetwood Mac guitarist and vocalist will then play three UK shows at Glasgow, Liverpool and London.

The tour will continue into Belgium, France, Netherlands, Germany, Sweden, Norway and Denmark.

You can also pre order tickets on Buckingham’s website from September 1 at 10am. Order them here. Tickets will then go on general sale from September 3 at the same time. See here.

The tour dates for the Lindsey Buckingham tour are as follows.

Lindsey Buckingham on the “peaks and valleys of life”

Lindsey Buckingham relased a solo track back in July.

On the single, Buckingham said, “It’s about the peaks and valleys of life on the road with Fleetwood Mac”. He also compared the track to Fleetwood Mac’s hit “Go Your Own Way”.

“Go Your Own Way is not a happy song, subject-matter wise, but it was an ebullient song musically”, Buckingham said.“This was sort of the same idea”.

He is set to release his solo album on September 17.

Check the track’s video out here.

On a possible Fleetwood Mac return, Lindsey Buckingham said in a separate interview that “pretty much everyone would love to see me come back”.

“We love each other and we reinforced each others sensibilities in the band”, he revealed.

Buckingham also felt that his abrupt departure from the band in 2018 had harmed Fleetwood Mac’s legacy.

“What was most disappointing about it (his firing) to me was not, ‘Oh, I’m not gonna get to do this tour’. What it was (is) again, we spent 43 years building this legacy which was about rising above things – it stood for more than the music”, he said.