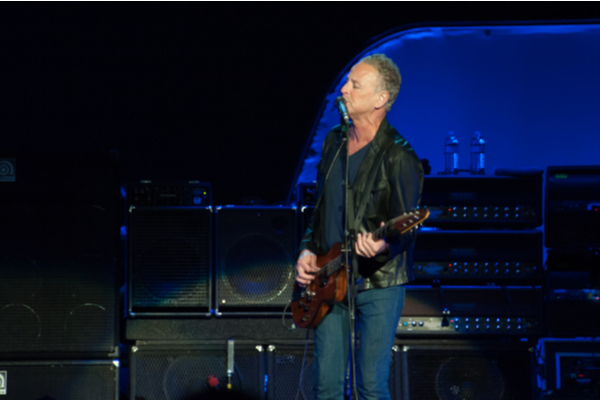 With his upcoming self-titled album a mere fornight away, Lindsey Buckingham has just released its first track “Scream”.

Described by the former Fleetwood Mac guitarist as a “celebration of an aspect of life”, the track drives unprocessed acoustic guitar drones. It also includes chime-y percussive stabs and delay-tinged vocal hooks to up the ante.

Consisting of 10 tracks, the album will be released on September 17. You can pre order here it on a number of digital and physical formats.

The album is all me “For better or worse” – Buckingham

On the new track and album, Lindsey Buckingham had this to say.

“Everything on the record is me, for better or worse”, he said. “Many of the songs on this album are about the work and discipline it takes in maintaining a long-term relationship”.

“It felt very celebratory and it was also very, very simple and short. To the point. It didn’t evolve into some huge thing. It made its case and got the hell out”, he also added.

“It just seemed like a good place to start the album, somehow. It’s very upbeat and very optimistic and very positive. It’s a celebration of an aspect of life”.

On the album, Lindsey Buckingham said it promises to showcase his “instincts for melody and his singular fingerpicking guitar style”.

“As you age, hopefully you keep getting a little more grounded in the craft of what you’re doing. For me, getting older has probably helped to reinforce the innocence and idealism that hopefully was always there”.

On top of this new single and subsequent album, Lindsey Buckingham also announced his first set of solo European Tour dates for 2022. This even includes a live show in Dublin’s Helix on May 17.