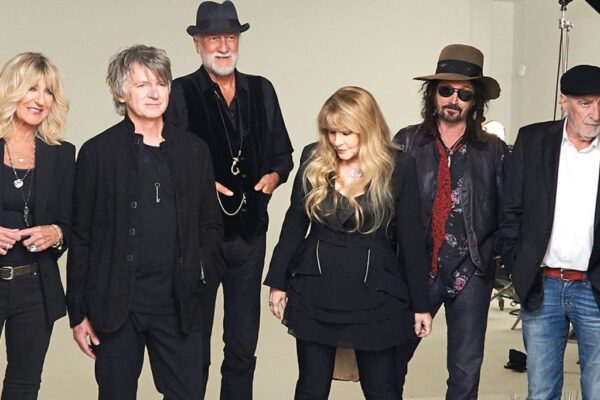 Fleetwood Mac have shared their first public response to a lawsuit instigated by former guitarist Lindsey Buckingham. It’s regarding his sacking from the band some months ago.

According to Billboard magazine, band spokesperson, Kristen Foster said that, “Fleetwood Mac looks forward to their day in court.”

According to legal documents obtained by Rolling Stone, the suit also maintains a breach of oral contract and intentional interference with prospective economic advantage as well other claims.

The guitarist first experienced friction within the group at a band meeting in late 2017. Fleetwood Mac were talking about plans for an extensive North American tour that would kick off in October 2018.

Buckingham insists he was met with “stonewalling” when he requested “three or four months extra” in anticipation of the tour’s launch. That was to play a series of one man shows in support of a solo compilation. The comp is the recently-released package, “Solo Anthology – The Best of Lindsey Buckingham”.

Things escalated, in late January when manger Irving Azoff advised Buckingham that Stevie Nicks had threatened to exite the band if the guitarist didn’t. Nick’s was unhappy with the way the guitarist allegedly handled himself at a charity event and award ceremony in January.

Buckingham admitted that plans were already in place for the “Rumours”-era lineup to play 60 shows across the states. The group announced this in April while also publicising the guitarist’s exit and new lineup additions Mick Campbell of Tom Petty’s Heartbreakers and Neil Finn of Crowded House.

Nicks then gave a different version of the band meeting, saying “We were supposed to go into rehearsal in June and he wanted to put it off until November [2019].”