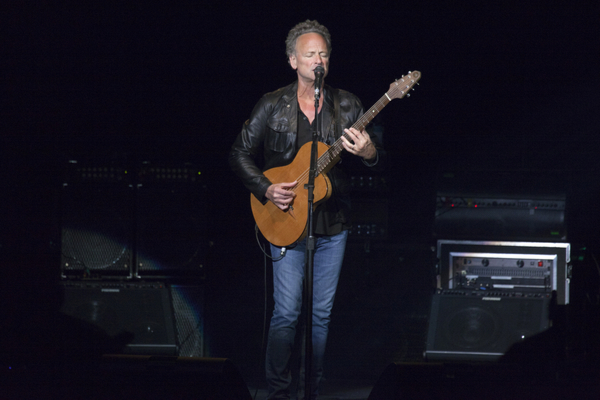 Lindsey Buckingham has been forced to cancel the final four dates of his North American Tour.

This decision was taken, after several of the former Fleetwood Mac guitarist’s entourage tested positive for Covid.  This news was also confirmed via Buckingham’s official Twitter feed.

“Due to unforeseen circumstances and out of an abundance of caution, we’re forced to cancel the rest of Lindsey’s current North American tour due to members of the touring party testing positive for Covid. All tickets will be refunded. We hope Lindsey will be back in Town soon!”, a statement read.

Due to unforeseen circumstances and out of an abundance of caution, we’re forced to cancel the rest of Lindsey’s current North American tour due to members of the touring party testing positive for Covid. All tickets will be refunded. We hope Lindsey will be back in Town soon! pic.twitter.com/YS2Baiki4z

“a lesson in acceptance there”

Lindsey Buckingham also spoke about these difficult times that we all find ourselves in.

Speaking in a recent Zoom chat with IT Unplugged via Nutanix, Buckingham says these times have made him appreciate the simpler things in life.

“There certainly is a lesson in acceptance there, but there’s also a lesson in looking for what is really essential within those circumstances. And obviously what comes to light is that yes, I’ve got my talent and I value that greatly, and I value the choices I’ve made. Beyond that, I’m here, every day with my wife, and my children and that is the gift”, he said.

Lindsey Buckingham is also due to begin an 11 date European Tour on May 17. This gig will see the former Fleetwood Mac star perform live Dublin’s Helix.

My self-titled album comes out today. I’m pleased to be finally sharing this new work with everyone!

Buckingham claimed that the band had a “bunch of songs” made back in 2012. He claimed that he worked on these tracks with Mick Fleetwood and John McVie, before Christine McVie returned to the fold in 2014.

Explaining his theory as to why the music did not materialise, Buckingham pointed the finger firmly in his former bandmate’s and ex partner’s direction.

“We very much wanted to draw Stevie in, and for some reason she refused to participate.” Buckingham also claimed that Nicks had “gotten a little bit disoriented in her wanting to pursue Stevie Nicks in capital letters, if you will. I think she kind of lost track of her writing a little bit, and maybe didn’t think she had anything she felt she could offer, and so did not want to be a part of it”.

Speaking of Christine McVie, the singer will also release her new solo album Songbird in June. More on this here.