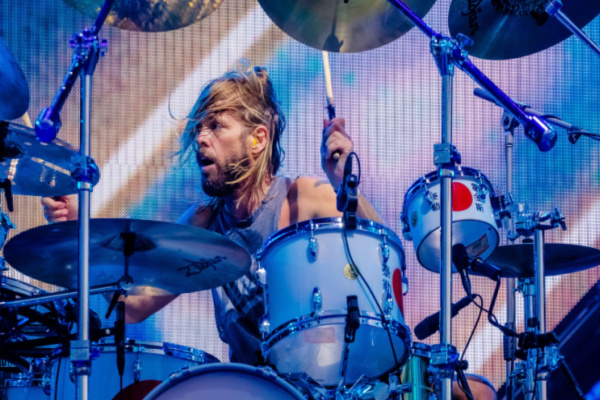 A host of rock musicians will play at a tribute gig to honour the late Foo Fighters’ drummer Taylor Hawkins.

Taylor Hawkins passed away back in March aged 50. He was found dead just before the band were to take to the stage at Bogotó, Columbia as part of their tour.

However following his death, Foo Fighters cancelled all remaining tour dates. They also pulled the plug on their scheduled performance at the Grammy Awards the following week.

The news regarding these concerts was first confirmed earlier this month.

Line Up For Hawkins Show Confirmed:

Since then, two tribute gigs to honour Taylor Hawkins were confirmed for London and Los Angeles.

Ahead of these shows, the line up for them was confirmed.

Proceeds from these concerts will also go towards various UK and US charities chosen by the Hawkins family. Further details regarding beneficiaries will be released shortly.

Any details regarding ticketing information can also be found here.

Since his death, fans have been sending messages of comfort and support for Hawkins, with Taylor’s widow Alison thanking the fans for sharing their “outpouring of love”.

“My deepest thanks and admiration go out to the global Foo Fighters community and Taylor’s fans far and wide for the outpouring of love each and every one of you have shown our beloved Taylor”, Alison Hawkins tweeted.

She added, “Your kindness has been an invaluable comfort my family and me during this time of unimaginable grief”.

The Mystery Behind GNR Posters Has Been Revealed