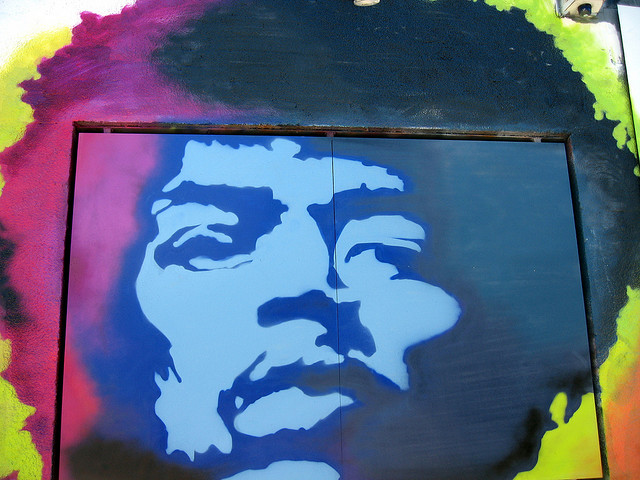 An interview has surfaced of the late sixties icon Jimi Hendrix, in which he discusses how he’d love an indoor swimming pool he could roll into from his bed.

The interview is the last time he spoke before he passed away at the age of 27 at his girlfriend’s London flat.

The unearthed interview with music journalist Keith Altham was recorded in early September 1970, just a week before he died.

The Public Broadcasting Service (PBS) an American broadcast television program distributor, has been airing it as part of their Blank On Blank series.

The six minute chat includes Hendrix chatting about money, music and his style. Jimi was asked by Altham if he had enough money? If you were expecting him to respond with ‘i’m happy with a simple life, with few luxuries’, you couldn’t be more wrong.

Hendrix said: “Ah, I don’t think so. Not the way I’d like to live. Because like I want to get up in the morning and just roll over in my bed into an indoor swimming pool. And then swim to the breakfast table, you know, come up for air and get maybe a drink of orange juice or something like that.”

On toning down his style, he said: “The first time around when you wear all these different things, you know. I just did that because I felt like I was being too loud or something. because my nature just changes, you know. Well I don’t want it to be only hyped up on all the visual thing, you know. I wanted people to like listen, too. I don’t know if they were or not though. It started to bring me down a little bit so I started cutting my hair. And started… rings disappearing one by one. [laughs]”

Speaking about his music: “The way I write things, I just write them with a clash between reality and fantasy mostly. You have to use fantasy to show different sides of reality; it’s how it can bend. As a word reality is nothing, but each individual’s own way of thinking. Then the establishment grabs a big piece of that. You know all I write is what I feel that’s all. I don’t really round it off too good. I just keep it naked almost, you know.”

Chatting about his live performances: “like when we go to play, you know, you’re flipping around and flashing around and everything. They’re not going to see nothing but what their eyes see, you know. Forget about their ears. So like well I was trying to do too many things at the same time, which is my nature, you know. I just hate to be in one corner. I hate to be put as only a guitar player or only as a songwriter. Or only as a music tap dancer. Something like this. [chuckles]”

Watch Lou Reed’s Blank On Blank interview, in which he says the Beatles were rubbish.

The video is available to watch in animation form below.