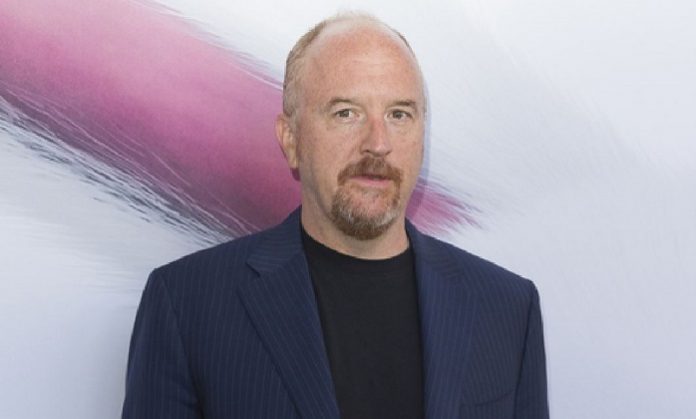 Louis C.K was who was accused of sexual misconduct by five women in 2017. Now a leaked recording of the stand-up comedian’s new show features C.K. having a go at non-binary people and the survivors of shootings in schools. Listener discretion is advised.

“I‘m 51 years old, and when I was in my 20s, we were idiots, we were getting high, doing mushrooms and shit and older people were like ‘you better get your shit together’ and we were like ‘f**k you’,” C.K. says in the clip below.

“I was kind of excited to be in my 50s and see people in their 20s and be like ‘you’re crazy’…but they’re not’. The comedian then likens young people to “old ladies”.

The comedian then comments on survivors of school shootings, “They testify in front of Congress these kids. What are you doing? You’re young, you should be crazy, you should be unhinged, not in a suit saying ‘I’m here to tell’… f**k you. You’re not interesting because you went to a high school where kids got shot.”

im listening to the leaked louis set and its very clear hes just going to tour red states for the rest of his life to rapturous crowds, like trump

Online social media commentary compared  C.K. to The United States President Donald Trump. One Twitter user said the comedian was “basically Donald Trump”, citing C.K’s apparent inability to acknowledge any wrongdoing of both the president or himself.

what Louis CK makes me think about is how easy and safe it is for just about any rich white dude to pivot, instantaneously, all the way to being Basically Donald Trump Now the very moment any other pose becomes even slightly less personally gratifying than he feels entitled to