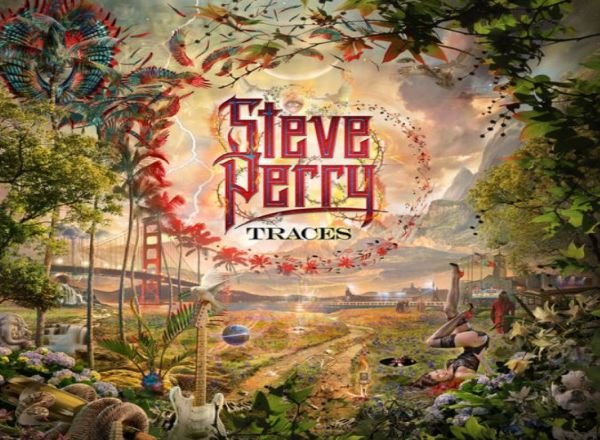 Ahead of the release of Steve Perry’s first solo album in nearly 25 years, it looks like the album track, “No Erasin’,” was leaked yesterday. According to Ultimate Classic Rock, A Twitter user has shared the track. You can listen to it below if it hasn’t been taken down!

A Twitter user by the handle of @greatbluelove has shared a two-minute-and-20-second preview of the song.

Traces, is the new album’s name, and it’s surfaced on iTunes’ Japan store, there’s a sample there available, for pre-order. Traces has a release date of Oct. 5th. As well as the title and release date, the album track listing and cover art are identical to artwork discovered on Amazon yesterday.

Nova reported yesterday about Perry’s return with the launch of a new website and social media accounts, with the phrase “I know it’s been a long time comin’…” The last solo record from the ex-Journey lead singer was 1994’s For the Love of Strange Medicine, and his final outing with Journey was Trial By Fire in 1996.

He’s been speaking to the press about the record for quite some time, expressing his desire to put it out last year. Perry said the songs were inspired by the 2013 death of his girlfriend. “I met someone and I fell in love with this person and I lost this person to breast cancer four years ago. In the midst of that, I had written some songs, and before I met her I had sketched some. And so about a year ago, I started recording.”