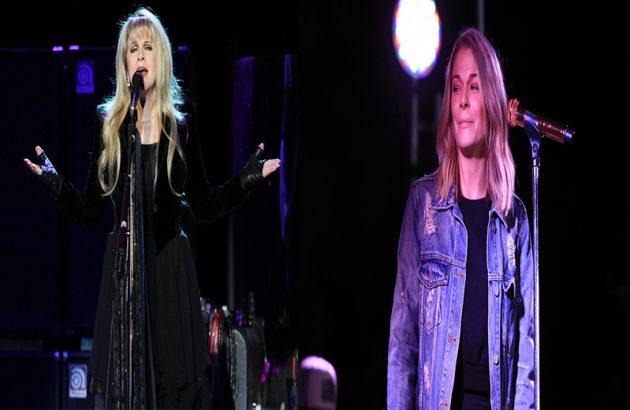 Country star Leann Rimes has just released an EP called Re-Imagined where she’s completed recordings of new versions of a handful of her older songs. For the track ‘Borrowed’, which originally appeared on 2013’s Spitfire, Rimes duets with Stevie Nicks. The Fleetwood Mac Singer singer, admitted she’s been wishing for this duet for a number of years.

Speaking to Rolling Stone Nicks explained, ‘I stopped in my tracks and sat down on the floor and started to cry. I understood what she was singing about. I understood that the pain was real… and I understood that it had happened to me. When the song ended, I called my assistant to tell her that one day, I would sing this song with LeAnn. It was our destiny.’

Even though Nicks was a star a long time before Rimes was even born, she said still learned a lot from the 35-year-old country singer. ‘You can’t compete with her; you can only keep up with her. To sing with her is to be blessed. She teaches you; she takes you along for the ride. She takes you on her journey and you arrive a much better singer.’

As far as Rimes is concerned, she said getting to work with Nicks was also the realisation of a dream come true. ‘Stevie has been inspiring me as a songwriter and performer since I can remember. To know that my music has seeped its way into her heart the way her music has into mine is magical. Connecting with her, not only musically, but on a soul level – understanding what it’s like to be a woman with passion, a pen and a desire to tell the most authentic, heartfelt truth through song, has been an experience that’s forever left an imprint on my life.’

Have A Listen To Bell X1’s Awesome New Single ‘Bring Me...