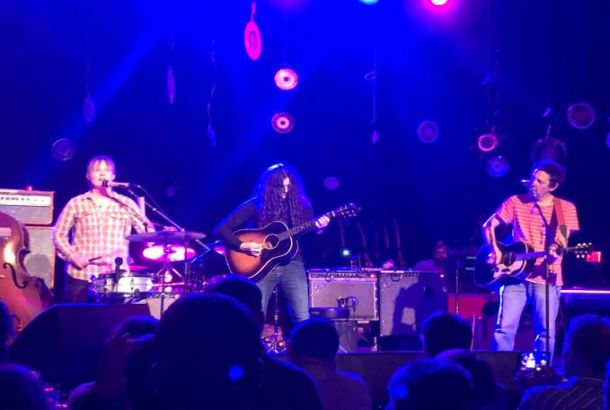 Indie rock legends Yo La Tengo have delivered a raucous reworking of Neil Young’s folk tune ‘Time Fades Away’. It’s a feedback-laden rock out for Spotify’s Singles series. It’s available to hear below…

Axeman Ira Kaplan rocks out all over the six-minute version with his raging distortion and feedback squalls, turning this 1973 classic into a garage-rock whig out. Yo La Tengo also recorded a new version of the Pet Sounds influenced, piano-driven pop song. That track was previously featured on the band’s March-issued 15th record, There’s a Riot Going On, which is their first since 2013’s Fade to comprising of al new original tracks.

Yo La Tengo will promote There’s a Riot Going On tour dates scheduled throughout the summer and autumn. Followed a few dates stateside the band will embark on a brief run of European festival and club dates in July and August; before returning for a U.S. tour on September 9th.

Here is an ok picture of this pic.twitter.com/juZTBueXYJ