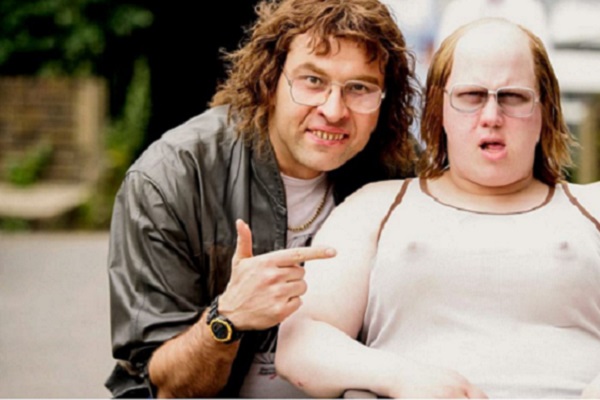 Little Britain has returned to the BBC iPlayer with edits that will “better reflect the cultural landscape”.

The show was removed from BBC iPlayer, Netflix, and NOW TV due to its use of blackface in 2020.

Having started as a radio programme in 2000, comedians Matt Luca and David Walliams worked on the TV show between 2003 and 2007. The comedy won several BAFTA awards in that period.

The pair released a statement following the show’s removal from the platforms in 2020.

“David and I have both spoken publicly in recent years of our regret that we played characters of other races. Once again we want to make it clear that it was wrong; we are very sorry”, they said.

And now, the show has returned to the BBC iPlayer with several edits to reflect the “cultural landscape”.

Such edits will include the removal of black characters that were protrayed by Lucas and Walliams like “portly Thai Bride” Ting Tong, Desiree DeVere and Pastor Jesse King.

Other Little Britain characters like Emily Howard, Vicky Pollard and Lou and Andy will remain in the edited episodes.

BBC said this in a statement. “Little Britain has been made available to fans on BBC iPlayer following edits made to the series by Matt and David that better reflect the changes in the cultural landscape over the last 20 years since the show was first made”.

Last May, both Lucas and Walliams had revealed that they were planning on working on a new show together.

“We just have an idea of something we want to do”, they said. “The idea – where we play lots of different characters, which is, you know, something people expect from us”.

“We’re just going to start writing it, and if we feel it’s good and we want to share it with people, we’ll ask if anyone wants to put it on TV”.