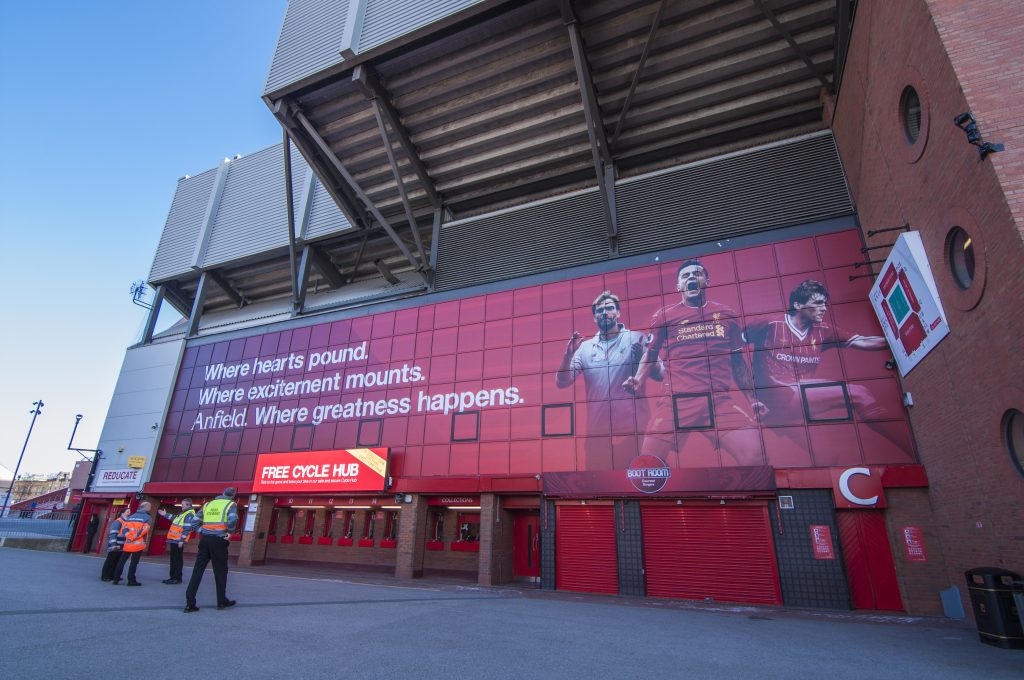 Witnesses say the 53-year-old was hit with a belt during an outbreak of violence outside Anfield Stadium before kick off.

Two Italian men in their 20s have been arrested on suspicion of attempted murder.

Speaking to The Mirror, this Liverpool fan describes the scene:

“I tried to meet my mates here to get a ticket and all the Roma fans came through the place here and they tried to hit the Liverpool fans with the belts – they were aggressive and offensive.”