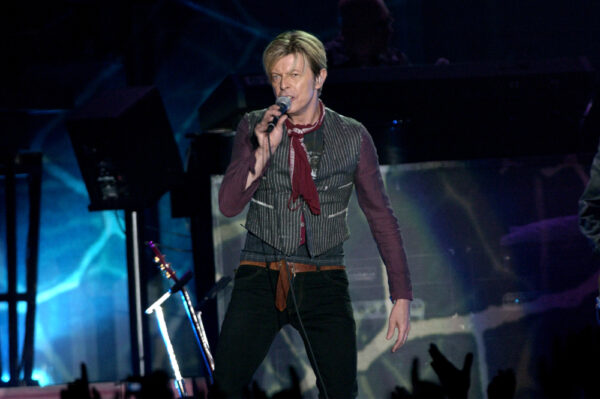 The first ever David Bowie World Fan Convention is to take place across multiple venues in Liverpool next summer.

The event will also coincide with the 50th anniversary of the musical icon’s album “The Rise And Fall Of Ziggy Stardust and The Spider From Mars”.

This convention is to run from June 17-19, 2022. A host of Bowie collaborators and affiliates presenting panels, live performances as well as a “Bowie Ball” will take place during this convention.

Fans will also be able to get access to the “Duffy Archive”. This archive was put together by photographer for fashion and music Brian Duffy. It was Duffy who took the famous snap of David Bowie’s lightening bolt-adorned face for the “Aladdin Sane” cover.

“an event that appreciates and celebrates”

Gail Ann Dorsey said in a statement that she was looking forward to sharing “some thoughts and memories of my incredible experience working with one of the greatest artists of our time, David Bowie”.

Donny McCaslin also added that he was relishing the opportunity to be a part of “an event that appreciates and celebrates the depth and scope of David’s artistic vision”.

You can find out more information on the David Bowie World Fan Convention 2022 here.

David Bowie painting up for auction

Along with news of the Bowie convention, a portrait which was painted by Bowie himself which was bought for five Canadian dollars at a landfill is expected to sell for thousands of dollars at an auction.

The portrait contains Bowie’s signature and name on the back of the portrait, along with the description “acrylic and computer collage on canvas”.

The portrait which is titled “DHead XLVI” also dates back to 1997.

Robert Cowley for Cowley Abbot who are holding the auction called it a “striking portait”. But, he added that it was difficult to tell who the subject of the painting was. “It’s very difficult to say exactly who it might be”, he said.

Check out the auction here.

Back in 2004, Bowie also delivered a trademark iconic performance at the Hurricane Festival in Scheesel, Germany. After the show, Bowie was rushed to hospital after the show to have a blocked artery removed! More on that here.

Also check out some rare footage of Bowie from 1972 below.

Friends Co-Creator Explains Use Of Pronouns & Lack Of Diversity In...