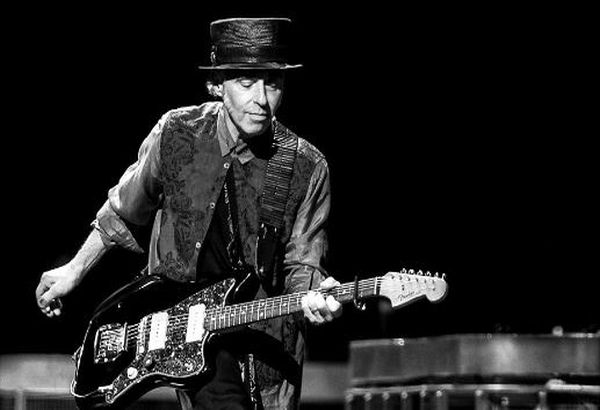 Neil Young’s upcoming concert reunion with Crazy Horse will feature a familiar face making a long since overdue return. While Nils Lofgren is set to be reunited with the band, the new line up will also see the absence of one of the group’s longtime members.

As previously reported, Young has booked a pair of forthcoming gigs with his fair weather colleagues in Crazy Horse, taking place place May 1st and 2nd in Fresno. The unrehearsed shows mark his first concerts with the group since July 2014, when they played Iceland.

Rolling Stone reports, the Crazy Horse that take the stage in Fresno will have a different look and sound. Guitarist Nils Lofgren has announced that he’ll be part of the lineup, returning to the band more than 45 years after he contributed to the first Crazy Horse LP. Saying that he is ‘Beyond honored,’ Lofgren tweeted, ‘Nothing like playing with old friends. A friend just reminded me, at this age you can’t coast.’

The great news is I am jumping back in with #CrazyHorse @Neilyoung I will be there . Beyond honored. Nothing like playing with old friends. A friend just reminded me, at this age you can’t coast. https://t.co/JO9CZZFzi5

As Lofgren returns, guitarist Frank ‘Poncho’ Sampedro, a Crazy Horse presence since joining the band in 1975, will be sitting these shows out. Although the reasons for Sampedro’s absence is unknwon, Young addressed the change in a newsletter, saying he was ‘unable to join us right now’ and expressed hope that he’d return soon.

Young continued, “I think, It will be the beginning of another beautiful chapter in our long, enriching and life changing Crazy Horse story. Whatever the future holds for Sampedro with Crazy Horse, he’s made it clear that he’s interested in going out on a high note and his [on] own terms.’

On Sale Friday at 10am – An Evening with @nilslofgren on 9/28 in Lexington, MA. Tix at https://t.co/exRVFnPYD8 pic.twitter.com/mf0hygjhJz