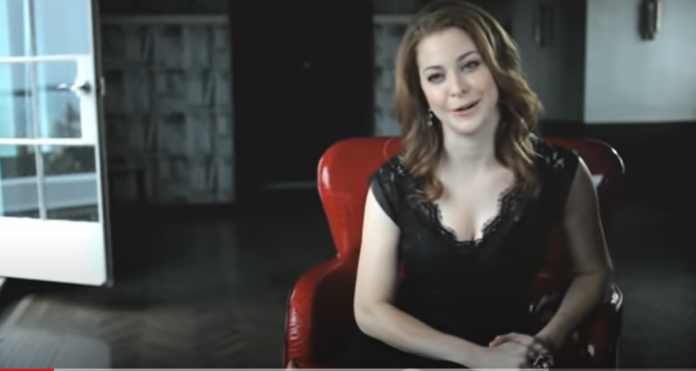 Game of Thrones star, Esmé Bianco has become the latest woman to allege abuse against rocker Marilyn Manson. Bianco dated Manson back in 2011.

Along with actress, Evan Rachel Wood and four other women, Bianco gave detail of the abuse suffered at the hands of her former partner. She claimed that Manson inflicted cuts and bruses leaving permanent scars on her body.

She even claimed that on one occasion, the rocker cut her torso with a knife. She explained, “I just remember laying there, and I didn’t fight it”. Adding, “It was kind of this final-straw moment where I had lost all sense of hope and safety”.

Bianco first met Manson in 2009. She was cast in an unreleased music video by the rocker. She was also friends with Manson’s wife at the time, Dita Von Teese. However, Manson and Bianco’s relationship only started after the married couple divorced in 2011.

Esmé Bianco also starred in Manson’s Lewis-Carroll-inspired film, Phantasmagoria. British-born Bianco’s visa depended on the project. Bianco had considered breaking up with Manson at the time, but feared that he may exact revenge by sabotaging her visa.

Bianco also alleged that whilst she was living with Manson, she fled one night while he was sleeping. The first episode of Game of Thrones premiered. During this episode, Bianco who played a prostitute in the show, appeared in a sex scene. Her and Manson repeatedly replayed the sex scene for guests on a projector, humiliating her.

“I think I would have made excuses for him”, Bianco said. She added, “I was in survival mode at that point, and my brain had taught me to be small and agreeable”.

Bianco continued, “I basically felt like a prisoner. “I came and went at his pleasure. Who I spoke to was completely controlled by him. I called my family hiding in the closet”.

Bianco said that the “breaking point” for her relationship with Manson was when he chased her with an axe. Manson’s assistant at the time has corroborated this incident, which led to Bianco suffering a panic attack.

She subsequently ended the relationhip via Email a month later, in the Summer of 2011.

Since these allegations have come to light, Manson was dropped by his record label, Loma Vista. Singer, Phoebe Bridgers criticised the label for not severing ties with the singer sooner. She described it as “performative activism”.

Bridgers said, “I think it’s very funny that Marilyn Manson’s label decided to drop him right when the story went public, and people have just known about it for so long. I find that very annoying. I think it’s a lot of performative activism, basically”.

She made allegations against Manson too. See here.