Home Entertainment Lucy Kennedy Is Back On Ireland’s Got Talent As The Show Goes... 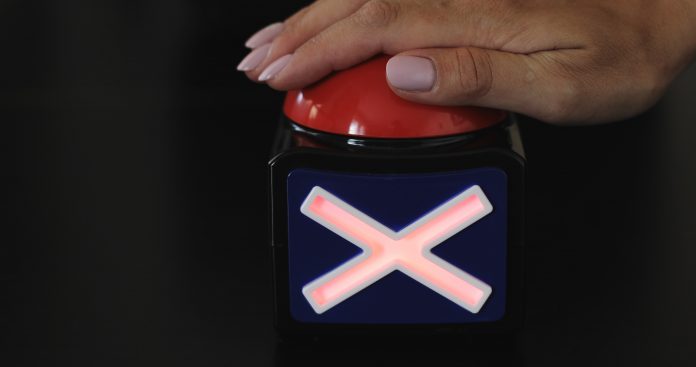 Radio Nova’s Lucy Kennedy is back for Ireland’s Got Talent as the show goes live on Virgin Media One with a whole weekend of talent!

Semi-Final Three on Saturday 6th April as 8 more acts vie for a spot in the Grand Final!

The Colm and Lucy Breakfast Show presenter will host a weekend of talent this coming Saturday and Sunday as the live shows of Ireland’s Got Talent continue.

Saturday night will see the third semi-final of Ireland’s Got Talent when 8 more acts will perform for the judges all hoping to win one of two coveted spots in the Grand Final on Sunday 7th April.

The Grand Final is already jam-packed, with Irish singer Sharyn Ward and some of the best dancers and acrobats in Ireland. Dublin dance troupe Fly Youth topped the public vote in the first semi-final, these teenagers set the bar with their performance, getting a standing ovation from the audience and judges. Michelle told them they were phenomenal and Louis told them they were ‘world class’. Singer Sharyn Ward joins these talented teens in the final. Her stunning rendition of Black is the Colour drew universal praise from the judges with Jason telling her ‘you have a chance of winning this whole competition’.  The second semi-final saw Dublin dance act and Jason’s Golden Buzzer, BSD top the public vote. Jason praised them for doing something different from their first audition. Cork acrobats Rebel Acro took the second spot performing some truly death-defying moves, with Louis telling them they were contenders to win the show and Denise telling them it was ‘perfection’!

Cork singer Barry Darcy was Louis’ Golden Buzzer and he wants all of Cork to vote for him. Mum of one Julie McCabe blew the judges away with a strong first audition, can she up her game for the semi-finals?

Expect some graceful and elegant moves from aerial performers Fl’Air and our very own Irish Billy Elliot – Fionn McMorrow is back to show us what an amazing dancer he is, and at just 9 years of age he has a stellar career ahead of him.

This Saturday also sees the return of last year’s winners RDC. This dance troupe from Cork became the very first winners of Ireland’s Got Talent. In an hour long special at 6.30pm on Virgin Media One they will relive the highs and lows of their winning journey alongside brand new dance performances and a very special surprise to their dance studios in Midleton. They will also return to the Ireland’s Got Talent stage for a live performance in the semi-final on Saturday night.

Ireland’s Got Talent continues on Virgin Media One on Saturday 6th April with the Grand Final on Sunday 7th April at 7.30pm.

Jimmy Carr Late Night At The Olympia Is Happening