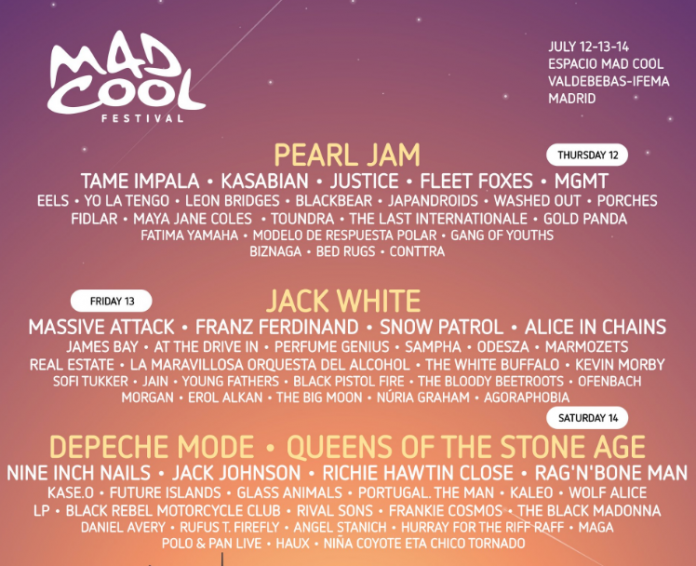 Mad Cool Festival, which takes place in Madrid, Spain on the 12th-14th of July, has announced a string of musicians who will perform. The Big Moon, Wolf Alice and Jack White are the latest names to be added to the line-up. The festival will take place at a new venue in Madrid this year in Valdebebas in IFEMA.

Want to buy tickets? You Can get them here!

It was previously speculated this week that Arctic Monkeys would play the festival. The rumours came about when the promoters of the festival uploaded a promo photo to Instagram which teased the digits ‘0114’… which is the dialling code for Sheffield – the band’s hometown of Sheffield. The digits have previously appeared on Arctic Monkeys’ drummer Matt Helders’ Drum Kit in the past. But the photo was then removed and replaced by a promo photo featuring the digits ’14’ and ‘+1’ instead.

Slash Is Releasing A New Horror Film This Year