Home Music There Could Be Some Major GNR News On The Horizon! 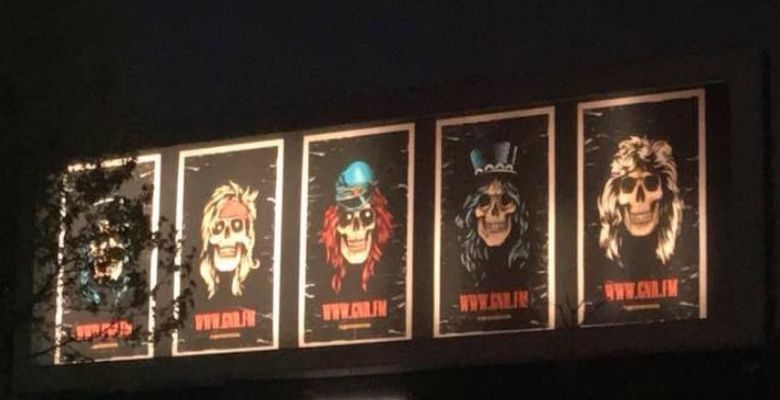 Guns N’ Roses fans are getting excited at the prospect of some big GNR related news on the horizon. The band appear to be getting ready for some kind of major announcement regarding their landmark album Appetite For Destruction.

Billboards have been seen in various locations in London showing all five of the members from the classic ‘Appetite’ 1987 line-up. As well as this, the website GNR.FM simply contains links to the band’s social networks alongside the message ‘DESTRUCTION IS COMING’.

Fans are now speculating as to whether this announcement will be a full reunion tour with Steven Adler and Izzy Stradlin, or is it just a reissue of the record? Official news is expected to be revealed this week.