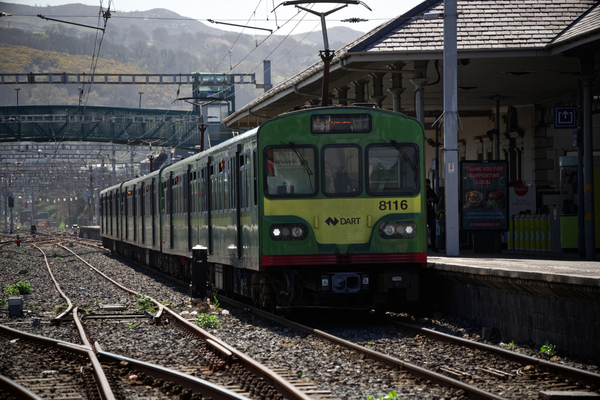 A man has been arrested after he had been found to have caused criminal damage at Clontarf Dart Station. The incident is said to have taken place on Wednesday at the North Dublin Dart station, when a man in his early 20s had been caught red-handed by staff.

Gardaí received notification of the incident from staff at the Clontarf Dart Depot at around 7.20pm. Following their arrival to the scene, officers arrested the man who was then taken to Clontarf Garda Station – where he was charged. Gardaí have said investigations are still ongoing, with the man due to appear in court in Dublin today.

The arrest follows a similar incident in October, where officers arrested three men following a number of carriages were tagged with graffiti. A spokesperson for An Garda Siochana said, “Gardai have arrested a man following an incident of criminal damage at Clontarf Dart Station on Wednesday, December 1, 2021.

“Gardai were notified of this incident by staff from Clontarf Dart Depot at approximately 7:20pm and attended the scene. A man, aged in his early 20s, was arrested and conveyed to Clontarf Garda Station where he was subsequently charged. He is scheduled to appear at CCJ1 this morning. This investigation is ongoing.”

Led by gardai and Iarnrod Eireann, an inter-agency operation has been taking place to target incidents of graffiti and criminal damage on the north Dublin Dart line. The work being done has led to the arrest of this man, with more and more offenders being caught more regularly.

Dart passengers can report anti-social or suspicious behaviour via text message by texting the word TRAIN, followed by their location, carriage number if possible, and details of the incident in question to 51444. Texts are charged at standard network rates.

The message alerts the Dart security centre, which contacts security teams, Iarnród Éireann staff, and/or gardaí as needed. Customers will receive an automated response to confirm that their message has been received

The Just Eat Dublinbikes Are At Grangegorman!