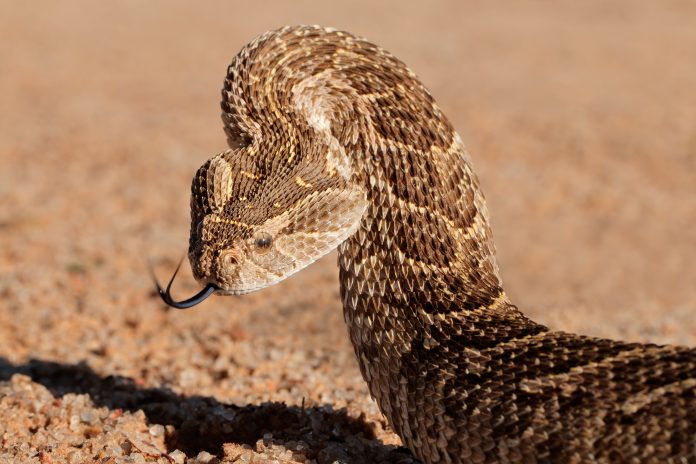 A man has been taken to hospital after receiving what is understood to be the first venomous bite from a snake in Ireland.

The 22-year-old man was bitten by his pet puff adder on Friday in Dublin.

The National Reptile Zoo received a phone call from Connolly Hospital requesting anti-venom, which will initially treat the victim.

James Hennessy, the director the National Reptile Zoo said via Newstalk that it is the first time they have received an anti-venom request.

“Puff adder venom is pretty nasty. It’s going to start digesting and disintegrating all around the area of the bite, and that will continue up the limb as well.

Mr Hennessy continued, “It will then cause massive internal issues as well, if not treated.”

Mr Hennessy added that there have been a number of false alarms before, but to his knowledge, this is “the first recorded venomous snakebite in Ireland”

“A puff adder is an extremely dangerous snake in captivity and in the wild where it’s found. It’s definitely not a snake that you want to trifle with.”