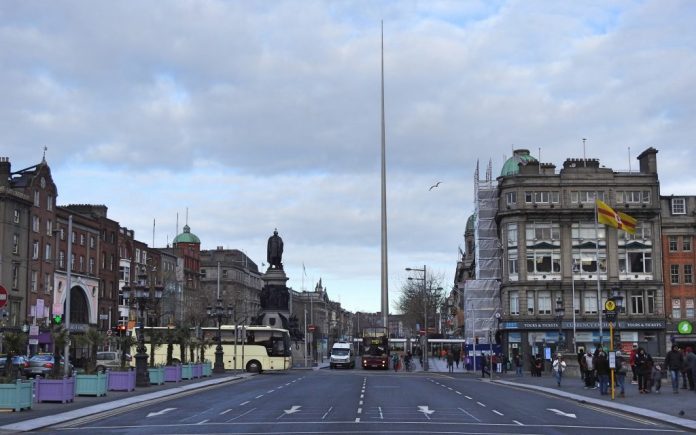 A man has been stabbed to death in Dublin city centre.

It happened in the early hours of this morning on O’Connell Street.

The victim was stabbed outside Dr Quirkey’s on O’Connell street at around 1:40am this morning.

He was brought to the Mater Hospital but pronounced dead a short time later.

A large section of the Street is closed off this morning as it’s understood the victim walked for a distance after being attacked.

The incident is having an impact on commuter services, with buses being diverted away from O’Connell Street. The Green Luas line isn’t running between St Stephens Green and Dominick.

Traffic is heavy in the surrounding areas.

Gardaí are appealing for anyone with information or anyone who was on O’Connell St, in the early hours of this morning to contact them.

Gardai Investigate The Discovery Of A Man’s Body In Dublin