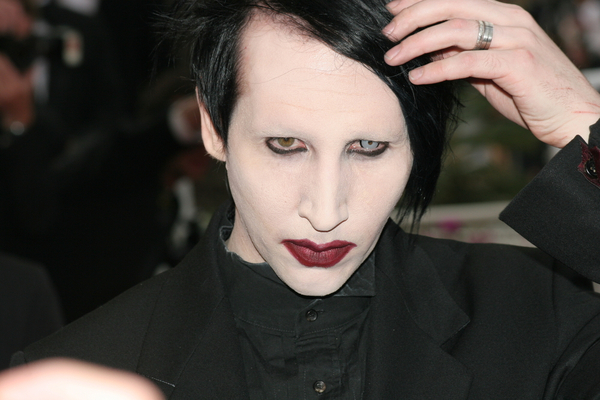 Marilyn Manson has hired 24/7 security at his Los Angeles home, with the star left “paranoid” from the recent allegations of abuse. 11 women have come forward with a host of allegations against the rocker, leaving Manson to hide out in his Hollywood home for weeks.

In an exclusive interview with The Sun, a source said Manson is “worried about his safety and is not taking any risks. He’s concerned about who might turn up at the house and has hired 24-hour security to watch out for him. He’s paranoid at the best of times, but the allegations have really rocked him and he was adamant he needed protection.”

The source said a group claiming to be documentary makers has been seen filming and taking photos while waiting outside of the multi-million-dollar property. Police were also called to the property recently, when a neighbour reported a woman screaming for help.

52-year-old Manson has reportedly been dropped by his long-time manager, Tony Ciulla, as well as being dropped by his label, Loma Vista Recordings. The label said it would no longer be working with the disgraced star and would stop promoting his latest album “effective immediately”.

According to the source, Manson has been spending time with close contacts of his inner circle, including his personal assistant, his wife Lindsay Usich, and also has had at least one visit from a member of his legal team.

“Manson still has close friends and team members who have been with him for years and are worried about him, but a lot of people have turned their backs,” the source said. “He is unsure of what’s to come regarding his career and is keeping an incredibly low profile. Manson has always been a hermit who often sleeps in the day and parties or paints at night into the early hours, so it’s unlikely he’ll be seen in public for a while.”

After more women accused him of abuse, Manson released a statement on his Instagram page denying the allegations.

Manson wrote: “Obviously, my art and my life have long been magnets for controversy, but these recent claims about me are horrible distortions of reality. My intimate relationships have always been entire consensual with like-minded partners. Regardless of how – and why – others are now choosing to misrepresent the past, that is the truth.”