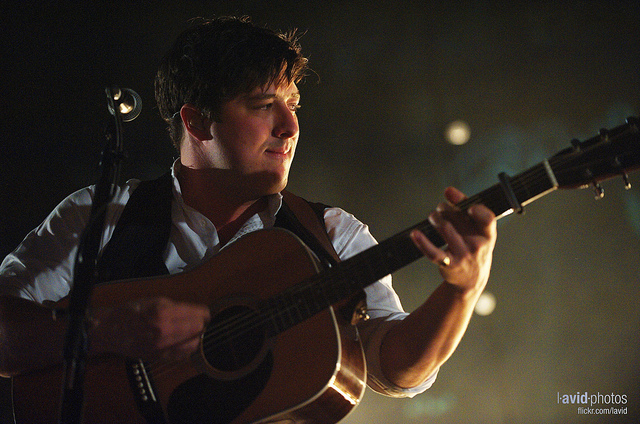 Marcus Mumford Sons has said that he finds it ‘funny’ when people tell him they dislike his band.

The frontman man of Mumford & Sons, Marcus Mumford, told The Sun that he often finds criticism about his band amusing and shared some entertaining stories of encounters with disapproving strangers.

“There was on weird kid who came up to me in a guitar shop in New York. He was very strange and knocking stuff over. He stood in the doorway and shouted, ‘Mumford and Sons f**king suck’. Then he turned away and ran. Weird.”

Mumford also talks about an intense conversation when a man approached him at a gig to tell Mumford that he found his music “repulsive”. Mumford then thanked him for his opinion to which the man responded, “You seem like a nice guy but your music, it just disgusts me.”

The frontman then told The Sun that he doesn’t think “people are brave enough to say it to our faces most of the time. When people do, I find it very funny.”

Mumford & Son’s new album Wilder Mind is set to overtake Blur’s The Magic Whip to be Number One in the Official UK Album Chart. The album strays away from the band’s country roots for a rockier sound.