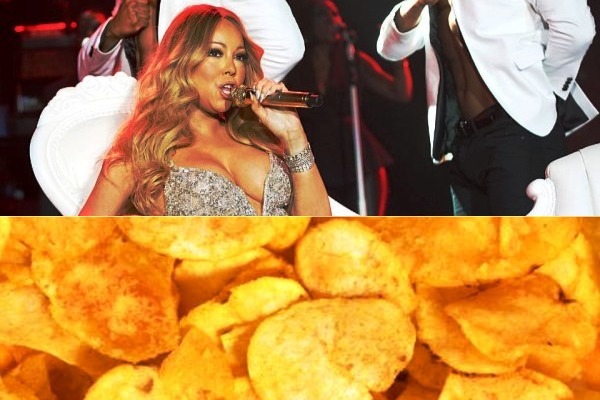 Mariah Carey has signed a deal with Walkers Crisps worth almost €10 million!

The Sun reports the unlikely collaboration is for a major Christmas campaign or ‘Crispmas’, apparently…well according to British media reports today. Is nothing sacred anymore!?!

The advertising campaign is set to hit our screens in November.

The American performer has sealed the mega-money deal with the snack-maker and succeeds the Spice Girls who had held a similar position.

Mariah, who is worth an estimated £244million, has previously appeared in adverts for Macy’s — alongside Donald Trump — and for weight-loss firm Jenny.