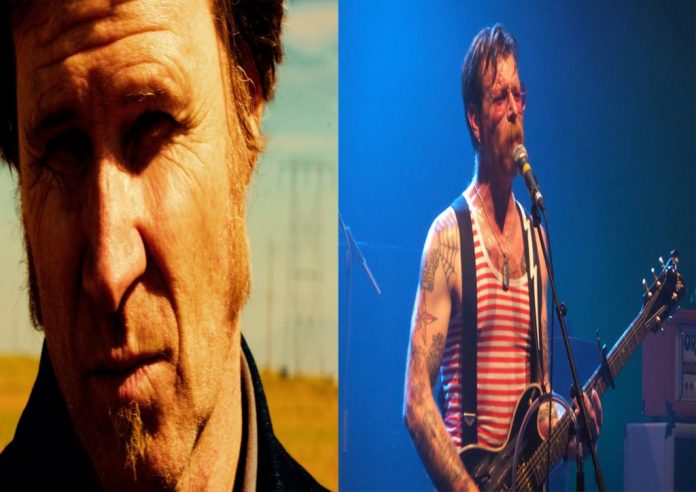 The Eagles Of Death Metal singer, Jesse Hughes, made headlines this week after he slammed the students protesting for stricter gun control in the ‘March For Our Lives‘ as ‘pathetic and disgusting’.

Referring to the Bataclan terror attack where 89 people lost their lives at an EODM show, Hughes wrote: ‘As the survivor of a mass shooting I can tell you from first-hand experience that all of you protesting and taking days off from school insult the memory of those who were killed and abuse and insult me and every other lover of liberty by your every action.’

Now, long time associate and singer with The Screaming Trees, Mark Lanegan, has taken to Twitter to comment on Hughes’ actions and behaviour.

‘When I think of  the good times we’ve had in the past, it fu*ks with my heart to see how far off the rails you’ve gone,” he wrote in a Tweet directed at Hughes. Simply asking the singer to get his act together, Lannegan wrote, ‘Come back bro.’

Lanegan, a good friend of Josh Homme would move in the same circles as Hughes and also defended him on social media, ‘I know Jesse to be a guy who would give you the shirt off his back. Not someone who’d attack someone for their opinions that differ from his.’

it breaks your heart that your friend has a different opinion? @jesseEODM hasn’t fallen off the rails, you guys have.