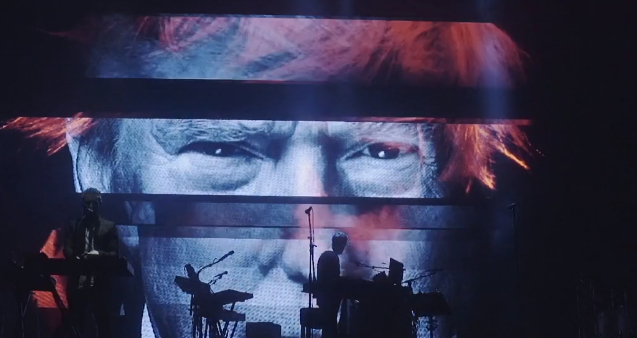 Massive Attack have shared a new film that details the climate crisis and how touring across the world has impacted climate change.

The Bristol group along with the Tyndall Centre for Climate Change Research, hope to raise awareness on climate change. The two started a joint venture in 2019 with the aim of finding new ways for artists to reduce their carbon footprint while on the road.

One plan purposed by the two was to hold a low carbon concert this year. This plans were shelved due to the pandemic.

Del Naja said “As well as the havoc the pandemic reaps across our lives, there’s also the opportunity within that enforced hiatus to reflect and to change.”

“We came to the realisation that our industry couldn’t, or wouldn’t, move fast enough for live music to play its part in rapid decarbonisation. So we opted to design that change ourselves, to put together the identities and circumstances to push through and show that it’s possible” said Del Naja.

It also features Liverpool’s director of culture, Claire McColgan and environmentalist activist Dale Vince narrating in the film. Vince is the owner Forest Green Rovers football club. The club call themselves the “greenest club” with vegan only menus on match days and charging points at their stadium for electric vehicles. The club also use solar power at their stadium.

Carly McLachlan who works for the Tyndall centre has called for an end to drive in concerts once the pandemic ends. “We need to be careful that we don’t reassemble after this period with things like (drive-in gigs) baked in. I think it’s a really critical moment to make sure that as we rebuild the sector—as it comes out of this period of crisis—that we do that in a way that gives it long-term sustainability” said McLachlan.

You can watch the film below.

The band said in a statement on their website “After the quiet cancellation of the planned eco friendly European tour this summer (for reasons I don’t think I need to mention), this new EP comes as a welcome surprise to us fans, as it’s the first formal release the band have put out since the Ritual Spirit and The Spoils EP’s in 2016. The EP was produced relatively quickly (by Massive Attack’s standards) over the last 3 or so months of the lockdown by 3D and Euan Dickinson.”

“The title of the EP is taken from Thomas Moore’s Eutopia book of the same name. No hint yet of a new album, but this EP also reinforces several recent comments of 3D’s lately that maybe Massive Attack have moved away from the album format entirely preferring piecemeal EP’s now.”

In April, the band donated £10,000 to a crowdfunding campaign to provide free meals to NHS staff and other key front line workers during the coronavirus pandemic.