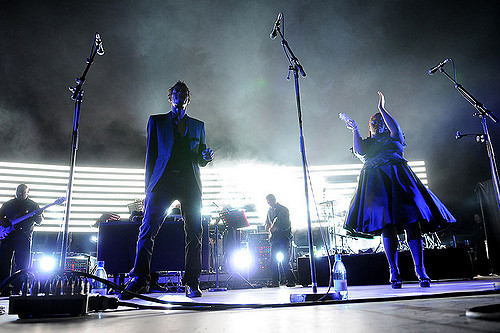 Massive Attack have shared two new songs on their app Fantom. Snippets of  ‘Come Near Me’ and ‘The Spoils’ are available to listen to on their app which was part developed by the band’s Robert del Naja. The app also launched their EP Ritual Spirit earlier this year.

The app has been described as a “sensory music player” as it adapts to the users environment. It adapts to variables such as time of day, location and heart beat to blend and match a songs pace with the user. The user can also make their own unique video and audio clips using the app. The band also used the app to release a series of collaborations with artists such as Roots Manuva, Young Fathers, and Tricky.

The Bristol band headlined this years Summer Time Festival in London plus they now are preparing for their first hometown show in 10 years. Speaking in a press release the band said “We are curating what we hope will become an annual event; something made in Bristol with an international reach.  We will also use the project to engage with the important social and political issues of the day”.

Primal Scream and Skepta will support the gig on September 3rd 2016.